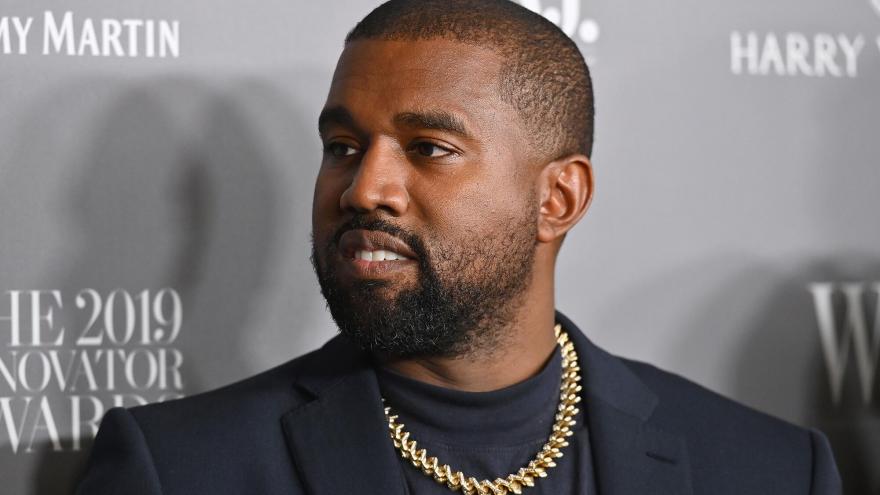 Two Virginia residents are suing to keep rapper and producer Kanye West's name off the state's ballot in November, saying they were duped into signing on as electors for West.

(CNN) -- Two Virginia residents are suing to keep rapper and producer Kanye West's name off the state's ballot in November, saying they were duped into signing on as electors for West.

The lawsuit, brought this week by a prominent Democratic firm, is the latest legal fight involving West's unorthodox candidacy for the White House. The music and fashion mogul has not mounted a traditional campaign, and GOP figures around the country have emerged to assist him in gaining access to state ballots. That has fueled speculation among Democrats that Republicans are promoting West's candidacy in an effort to siphon Black votes from Democratic presidential nominee Joe Biden in key states.

In recent days, West's campaign has sued to get on the ballot in two presidential battlegrounds -- Wisconsin and Ohio -- where local authorities have rejected his petitions. This week, the West campaign also sought a preliminary injunction against officials in West Virginia, who invalidated more than 7,000 signatures of the more than 14,000 collected by his campaign.

Those actions have left West 761 signatures shy of the 7,144 needed for inclusion on the ballot, his lawsuit argues.

And a legal fight is shaping up in Arizona, an emerging presidential battleground, where a lawsuit was filed Monday to keep West off the ballot as an independent candidate on the grounds that he and 10 of his 11 electors are Republicans.

Friday is the deadline to turn in signatures to appear on the ballot in Arizona. West's campaign is working to get on the ballot in the Grand Canyon State, where recent polls show a competitive contest between Biden and President Donald Trump.

Ballots are slated to be printed early next week in the state's two largest counties, the Arizona lawsuit says. That leaves little time for a legal challenge of any signatures West submits Friday, lawyers argued in their complaint, as they urged the court to take up the case even before West files final paperwork.

A hearing is set for Thursday afternoon in Arizona.

Last week, CNN reported about evasive tactics by a signature gatherer who approached students in Phoenix. An Arizona State University law school student told CNN the signature gatherer asked him to sign a petition for an independent candidate and only after repeated questioning did the person acknowledge he was working on behalf of the West campaign.

In the Virginia case, two people -- Matthan Wilson and Bryan Wright -- who signed petitions to become West electors said they were misled.

Wilson, who lives in Suffolk, Virginia, said he was out on a bike ride when three people approached him and asked whether he would like to serve in a statewide pool of electors. "Kanye West's name was never mentioned," he said in an affidavit.

Wright, also of Suffolk, said petition gatherers asked him to sign a petition to get West on the ballot, but instead gave him an elector oath to sign without his knowledge.

Both men are plaintiffs in the Virginia lawsuit brought by Perkins Coie, a Washington law firm at the forefront of Democratic legal battles on the 2020 election.

Virginia Attorney General Mark Herring, a Democrat, also has signed a brief in the case, seeking to block West's name from the ballot.

A spokeswoman for the Virginia Elections Department said the agency doesn't comment on pending litigation.

West's campaign has not responded to requests for comment.

But in an interview this week on Nick Cannon's podcast Cannon's Class, West denied he was acting on behalf of Republicans in pursuing the presidency. "Bro, can't nobody pay me," West told Cannon during an interview. "I got more money than Trump."

"I'm not running for president," he also said. "I'm walking."

West has no chance of winning the presidency. To date, he has made it onto the ballot in 11 states -- Arkansas, Colorado, Idaho, Iowa, Louisiana, Minnesota, Oklahoma, Tennessee, Utah, Vermont and Virginia. Together, those states account for a 83 electoral votes -- well short of the 270 needed for the presidency.

West has missed the deadline, did not file or has been denied access in 34 other states and Washington, DC, according to CNN's most recent tally.