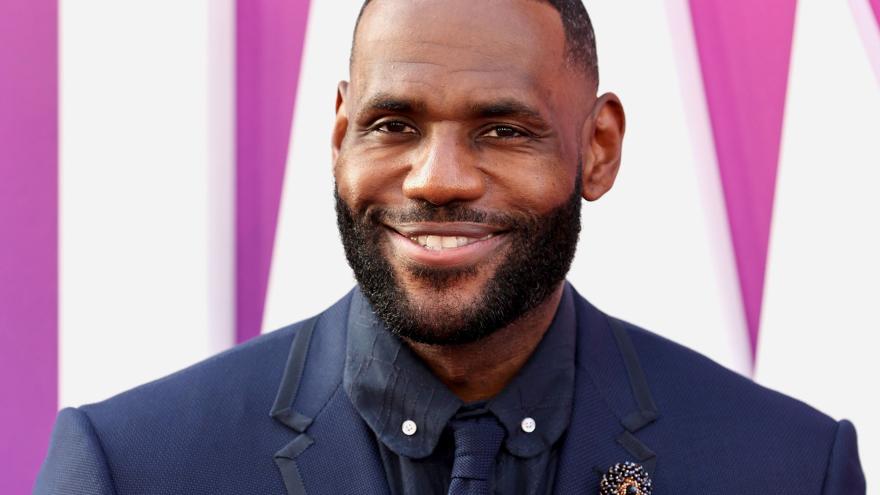 (CNN) -- Newly minted billionaire and basketball star LeBron James has long expressed an interest in becoming an NBA owner and he reveals his plans in the latest episode of the talk show "The Shop."

"I wanna own a team. Yeah, I wanna buy a team, for sure. I want a team in Vegas," James said in a promotional video for the show ahead of its airing on Friday.

He later shared the clip on his Twitter feed alongside the caption, "Speaking it into existence!"

Currently, there isn't an NBA franchise in Las Vegas, but there have been multiple reports of the league expanding in the future.

Last week, ahead of the start of the NBA Finals, commissioner Adam Silver said, "At some point, this league invariably will expand, but it's not at this moment that we are discussing it."

"Las Vegas, where we will be at our Summer League in July, has shown itself to be a great sports market as well," Silver later added. Currently, the city is the home of the NFL's Las Vegas Raiders, the NHL's Vegas Golden Knights and, perhaps most significantly for the future of the NBA in the city, the WNBA's Las Vegas Aces.

During his illustrious 19-year career, James has won four NBA championships and been named the league MVP four times. He will return to the court next year, looking to bounce back from a disappointing season for the Los Angeles Lakers where the team missed the playoffs with a 33-49 record.

Alongside his playing career, the 37-year-old has gathered experience in team ownership as a part-owner of Liverpool FC since 2011 and the Boston Red Sox since 2021.

"I've got so much to give to the game. I know what it takes to win at this level. I know talent," James told reporters in March 2021. "I also know how to run a business as well. And so, that is my goal. My goal is to own an NBA franchise, and it will be sooner than later."