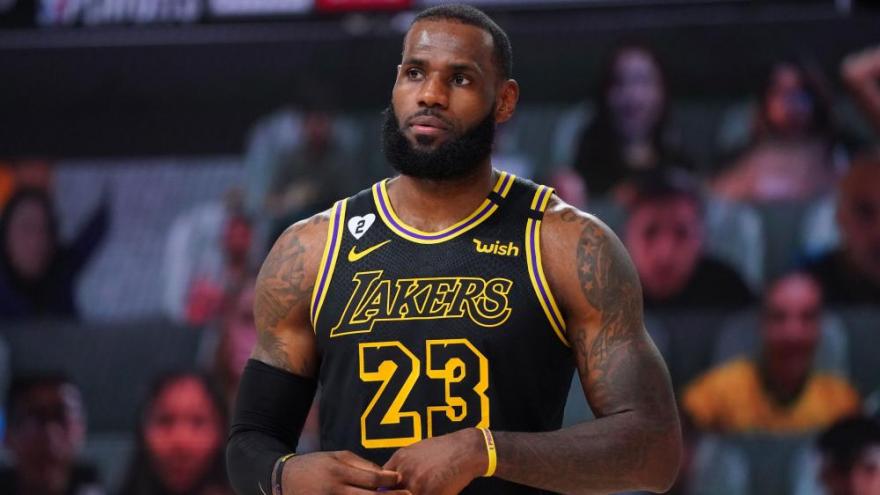 "The emotions are very high," the NBA star said after Game 4 of the Western Conference finals. "I mean, we have a teammate on our team that's from Louisville... As heavy as it's been on us, it's even heavier on him because that's his hometown."

One officer involved in Taylor's case was indicted on counts of first-degree wanton endangerment for allegedly firing blindly into her apartment through a door and window, with bullets entering a nearby apartment and endangering those inside.

No one was held accountable for Taylor's killing. Ongoing investigations in the case could yield more details about what happened, but it's unclear if they will result in more charges.

"We lost a beautiful woman in Breonna," James said. "We want justice no matter how long it takes, even though it's been so many days, so many hours, so many minutes for her family, for her community."

James, who also has tweeted about the case, called what happened "unjust" and says he hopes for "better days."

"I got a daughter of mine at home and a wife and my mom, so many predominant Black women in my life," he said. "To think about if they weren't here the next day or think if they were gunned down, it would be something I would never be able to forgive myself or forgive who did it."

Many other athletes expressed their disappointment this week over the grand jury's decision not to charge the three officers with Taylor's killing.

Among them are WNBA players, USWNT star Megan Rapinoe, and Colin Kaepernick, who wrote on Twitter, "The white supremacist institution of policing that stole Breonna Taylor's life from us must be abolished for the safety and well being of our people."