LeBron James on Kobe Bryant: 'A day doesn't go by when I don't think about him' 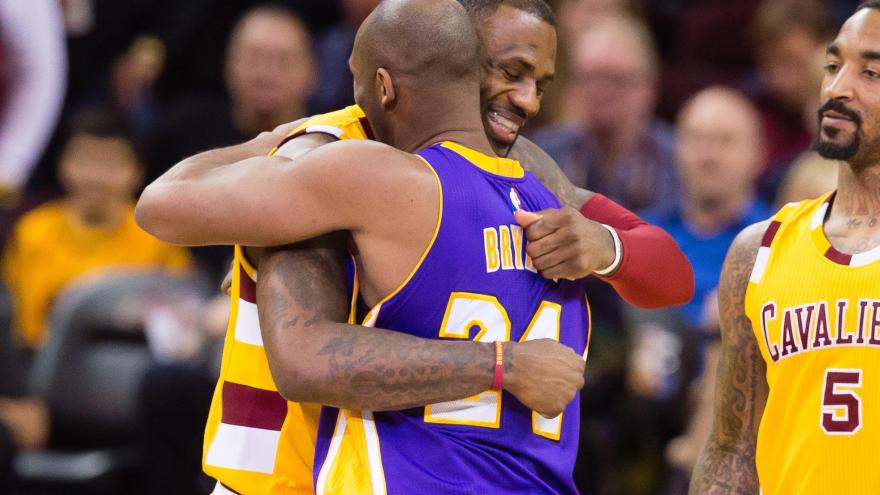 LeBron James said that he thinks about the late Kobe Bryant daily.

(CNN) -- It's been nearly 6 months since Kobe Bryant, his daughter Gianna, and seven others were killed in a helicopter crash en route to a basketball tournament in Southern California.

And not one of them has gone by without LeBron James remembering his longtime friend and former Olympic teammate.

"A day doesn't go by when I don't think about him," James said this week on a conference call with reporters ahead of the NBA's July 30 restart.

The Lakers, James said, will wear Kobe's numbers, 24 and 8, as well as Gianna's number 2. They'll wear them "with pride and with remembrance of how great they were," James said. "They're a part of this family."

James, in a post of his own after Bryant's death, promised to do just that.

"I promise you I'll continue your legacy man," writes James. "It's my responsibility to put this s--t on my back and keep it going!"

The Lakers' coach Frank Vogel added in the call that Bryant's passing, however tragic, has brought the team together.

"He's still with us," says Vogel. "Anytime a group like ours goes through something so emotionally deep, I just think it forms bonds. It strengthened our group. You never want something like that to happen, but I do think that's the effect of something like that."

The Lakers have always "wanted to embody what he stood for," says Vogel. "And even more so now with what happened, we want to honor his memory."

The team, he said, will be channeling Kobe Bryant's "competitive-spirit standpoint" when the season begins in Orlando. "That I think will help us in our mission this year."