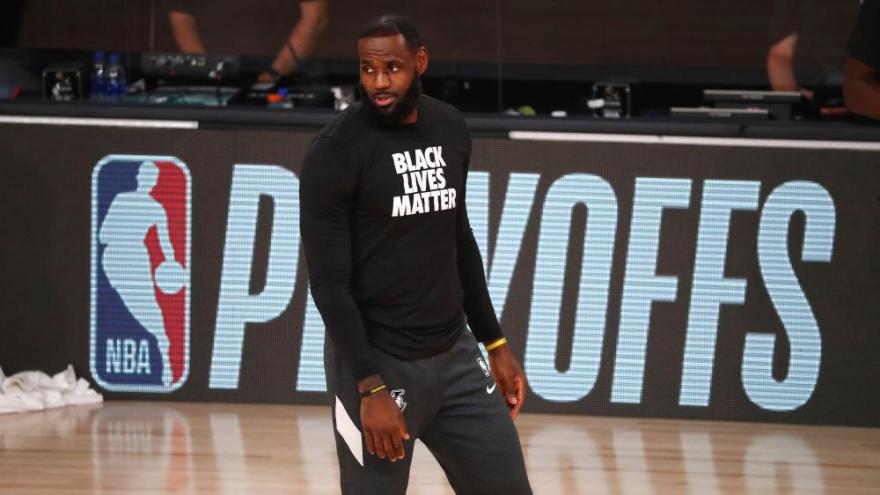 The initiative focuses on recruiting poll workers through a paid advertising campaign and a corporate partnership program that encourages employees to volunteer, according to The New York Times.

James and a number of prominent athletes and artists are part of More Than a Vote, an organization that is focused on combating systemic, racist voter suppression. The NFL's Patrick Mahomes and DeAndre Hopkins, the NBA's Damian Lillard, and former WNBA star Lisa Leslie are among the athletes that are founding members of the organization.

"We are a coalition of Black athletes and artists who came together amid the protests fueled by the murders of George Floyd and Breonna Taylor by police," the group wrote in an open letter.

"We are focused on systemic, targeted voter suppression in our community and have a specific mission: educate, energize and protect Black voters."

The organization has partnered with the NAACP Legal Defense Fund, When We All Vote, Fair Fight and the Florida Rights Restoration Coalition.

Polling locations across the country are facing a potential worker shortage amid the pandemic. Officials in Georgia and Kentucky reported a shortage of poll workers during their recent primaries earlier this year. The organization is calling on young, healthy volunteers to work at polling stations so older, more vulnerable poll workers do not have to put themselves at risk.

More Than a Vote is also working with sports teams to transform stadiums and arenas into polling locations.

James worked with the Los Angeles Dodgers to turn its stadium into a polling station for the general election. Atlanta, Detroit, Charlotte and Sacramento have also already committed to serving as polling locations, the letter said.