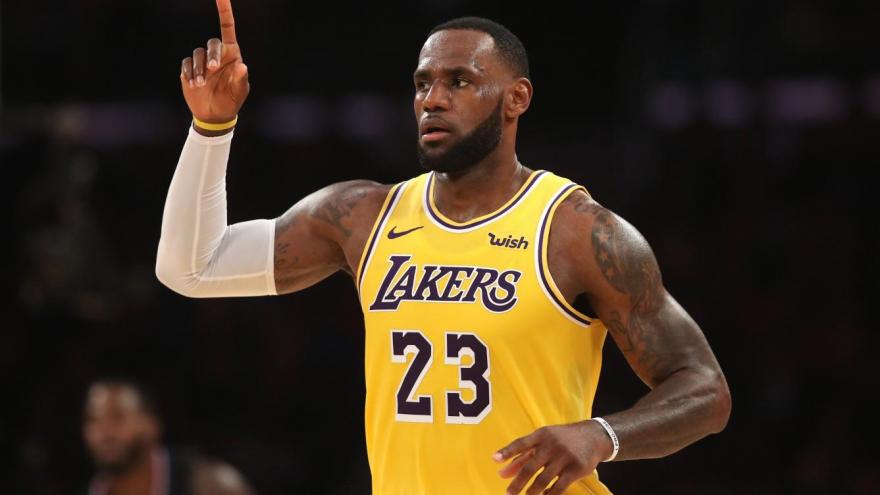 LeBron James said in a tweet early Monday morning that he had to evacuate from his home because of the wildfire in the Los Angeles area.

(CNN) -- LeBron James said in a tweet early Monday that he had to evacuate from his home because of the wildfires in the Los Angeles area.

"Had to emergency evacuate my house and I've been driving around with my family trying to get rooms. No luck so far!" James wrote.

James later tweeted that he found accommodations and sent prayers to families in the area, saying, "Pretty please get to safety ASAP."

"My best wishes as well to the first responders right now doing what they do best!" the Lakers star said in another tweet.

The Los Angeles Fire Department (LAFD) issued mandatory evacuation orders for areas bordering the 405 Freeway near the the Getty Center where a brush fire broke out early Monday.