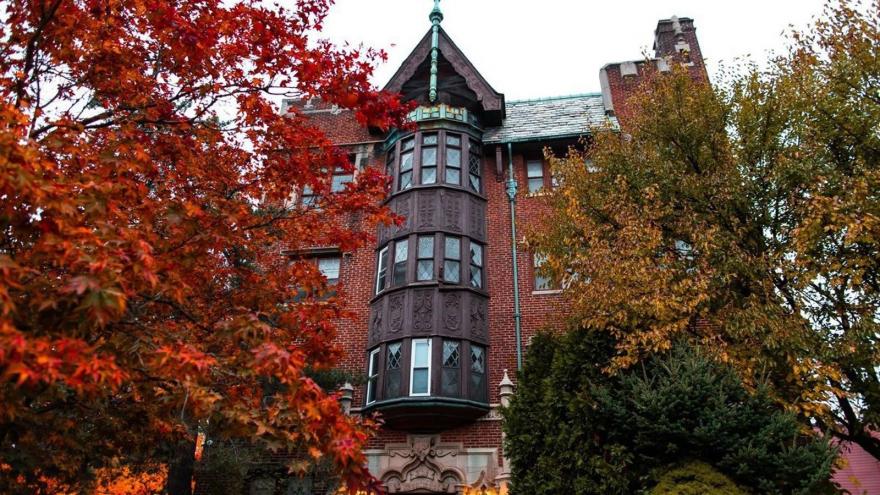 LeBron James' foundation plans to renovate this historic Akron apartment building into transitional housing for families in need at his I Promise School.

(CNN) -- LeBron James is adding safe housing to the school he founded in his hometown, so students have a stable place to live while they get their education.

The NBA star announced Monday that a historic apartment building in Akron, Ohio, is being renovated and turned into transitional housing for families in need at his I Promise School.

"Initially, our work was focused on helping these kids earn an education. But we've found that it is impossible to help them learn if they are struggling to survive — if they are hungry, if they have no heat in the freezing winter, if they live in fear for their safety," James said in a statement. "We want this place to be their home where they feel safe, supported, and loved, knowing we are right there with them every step of the way as they get back on their feet."

James' foundation opened the school for at-risk third and fourth graders last year and plans to expand to first through eighth grade by 2022. He has promised free tuition to the University of Akron when the students graduate.

"Proud of this!!!!" James tweeted on Monday. "There's always more to be done when it comes to giving my kids an opportunity to be successful in life. Every barrier we remove can possibly change their family's life and we're never going to stop!!"

The foundation is working on the project with Graduate Hotels, which operates boutique hotels in college towns around the United States. Graduate will renovate the historic Westmont apartment building, located roughly five blocks from the school in Akron's Highland Square neighborhood, and the donate it to the school.

"The I Promise Village by Graduate Hotels will be a monumental next step for us and LeBron and his Foundation's commitment to the future of the students and their families," said Graduate Hotels founder and CEO Ben Weprin in a statement. "It's humbling to see the change they are affecting on a daily basis and we're honored to be a part of the journey."

The Tudor Revival building was added to the National Register of Historic Places in 1984. According to its application, the Westmont is one of four apartment buildings in the area built between 1927 and 1930.

"The Westmont Apartment Building is an excellent example of Tudor Revival style architecture interpreted in an exuberant, somewhat fanciful manner by Cleveland architect Lyman R. Walker," according to the application.

Renovation on the building, which has 22 units currently, will start immediately, the foundation said. It is scheduled to be operational in July when the next school year starts.