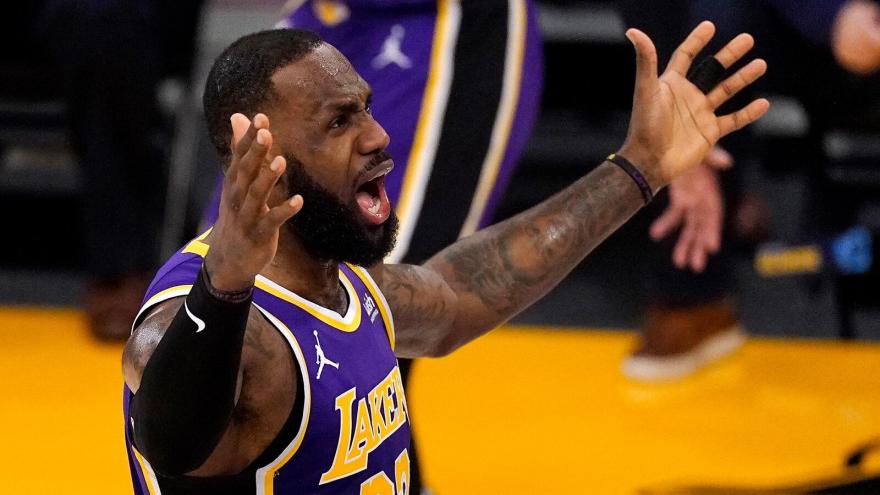 Los Angeles Lakers superstar LeBron James just set a new NBA record, but it probably won't be the highlight of his legendary career.

James turned the ball over five times in Friday's win over the Memphis Grizzlies, bringing him to a total of 4,526 turnovers in his career, according to the NBA.

He passed former Utah Jazz great Karl Malone, who had 4,524 career turnovers when he retired in 2004 after playing for 19 years in the league.

Earlier this month, James passed Wilt Chamberlain to move into the third spot on the list of career field goals made behind Malone and Kareem Abdul-Jabbar.

He's also third in career scoring behind Malone and Abdul-Jabbar and is eighth in career assists.

The perennial All-Star is in his 18th NBA season and has earned four NBA Most Valuable Player Awards, four finals MVPs and numerous other individual awards. He's also lead his teams to four NBA championships.

James is in good company on the all-time career turnovers list -- the other players in the Top 10 have earned spots in the Hall of Fame, except for Russell Westbrook, who is still an active player.