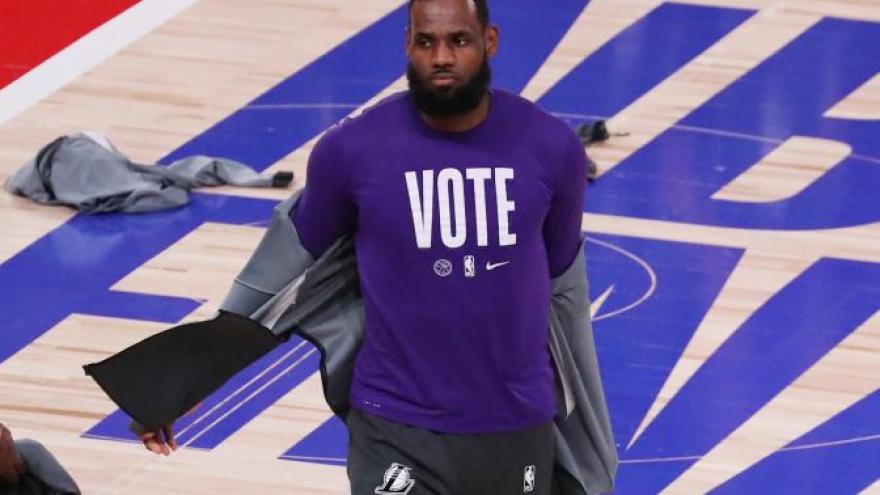 NBA superstar LeBron James is seeking answers following the shooting death of 37-year-old Ericka Weems, In this image, James warms up before a game against the Miami Heat on October 9.

The Lakers star tweeted Wednesday, "AKRON OHIO!! My brother's sister was murdered this past weekend in her home! My brother family need answers to why and by whom. My city I need y'all to go to work and find out who did this awful, shameful, disgusting thing to such a caring, loving angel! #Justice4EricaWeems"

In an email to CNN, Police Lt. Michael A. Miller said the medical examiner said she died from gunshot wounds. The police report said she was shot between October 31 and November 2.

"The investigation is still in its early stages. No suspects have been identified or arrested as of yet, but investigators remain optimistic," Miller said.

Brandon Weems, the director of scouting for the Cleveland Cavaliers, told CNN affiliate WEWS that his sister ran a day care at her residence.

"She had a passion and love for children," Brandon Weems said. "She could get kids to say and do things that even their parents couldn't do."

In a statement, Cavaliers general manager Koby Altman said the organization is "terribly saddened" about the death of Weems' sister.

"Our hearts are heavy and filled with pain over this senseless act," Altman said, offering condolences. "We will be with Brandon throughout this extremely difficult time and will offer our assistance and resources to help find justice for Ericka."