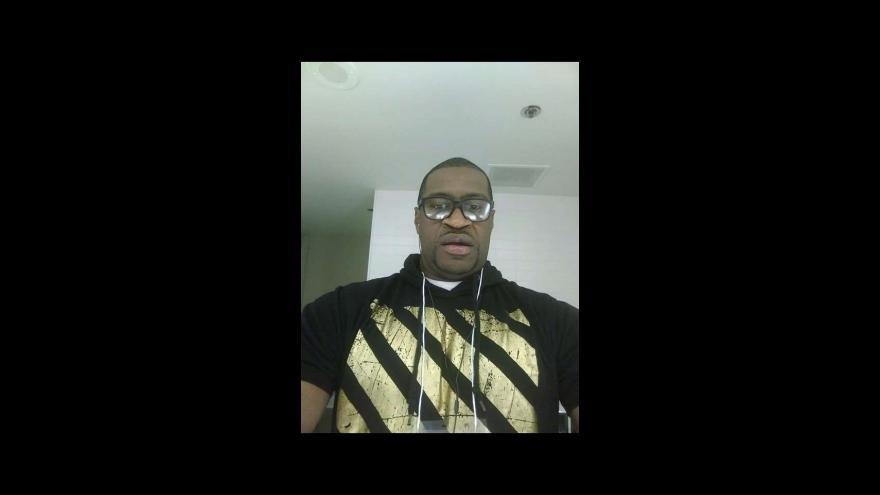 George Floyd died at the hands of police officers on May 25 in Minneapolis, Minnesota.

(CNN) -- In partial footage obtained by the Daily Mail from the body cameras worn by two of the now-former Minneapolis police officers involved in the arrest of George Floyd, a panicked Floyd can be seen struggling with officers while in the back of a squad car in the minutes before his death, saying, "I can't breathe."

Moments later, following the struggle, Officer Thomas Lane can be heard asking Officer Derek Chauvin whether Floyd should be rolled on his side.

Floyd died May 25 while in custody, and the incident -- which was also recorded on cell phone video -- set off protests that soon went nationwide. The demonstrations over his killing and the deaths of other African Americans at the hands of police prompted intense discussions on racism in America.

The Daily Mail, based in London, does not say how it obtained the footage of the police body cameras.

Footage from the police body-worn cameras of Thomas Lane and J. Alexander Kueng was filed with the court July 7 by Lane's attorney as evidence supporting his motion to dismiss the charges against the former officer, but only the written transcripts were made public by the court at the time.

Judge Peter Cahill, who is presiding over the cases, made the body camera footage from Lane and Kueng available for limited in-person viewing at the court July 15.

Cahill had declined to allow news organizations to publish the footage. A coalition of local and national media companies, including CNN, filed a motion in July calling for the immediate release of the two body-worn camera videos.

The four officers involved have been fired.

Chauvin has been charged with second-degree murder.

Ben Crump, an attorney for Floyd's family, said in a statement Monday that the leaked video shows Floyd did not pose a threat.

"The police officers approached him with guns drawn, simply because he was a Black man. As this video shows, he never posed any threat. The officers' contradictions continue to build. If not for the videos, the world might never have known about the wrongs committed against George Floyd."

While none of the officers has entered a formal plea, attorneys for Thao and Lane have asked for the cases against them to be dismissed, and Kueng's attorney has said his client intends to plead not guilty.

A spokesman for the judge said Monday that Cahill had yet to rule on the motion to publicly release the body camera footage.

Attorneys for Chauvin and Kueng declined to comment Monday. CNN also reached out to attorneys representing Thao and Lane for comment Monday but did not receive an immediate response.

Minnesota Attorney General Keith Ellison, who is prosecuting the case, told CNN that his team is not the source of the video the Daily Mail has.

"The prosecution team is not the source of the leak. We will continue to take the strictest precautions to ensure a fair trial," Ellison said.