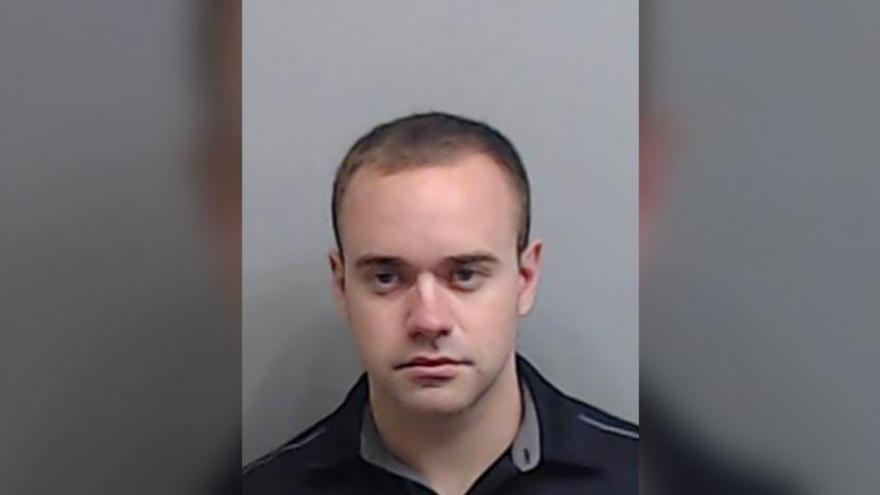 Attorneys for the former Atlanta police officer Garret Rolfe who is charged with killing Rayshard Brooks are disputing statements made about the case by Fulton County District Attorney Paul Howard.

Noah H. Pines and Bill Thomas, attorneys for Garrett Rolfe, said in a statement Monday that "while we are waiting for the GBI (Georgia Bureau of Investigation) to finish its investigation, there are certain allegations made by Paul Howard that are simply not supported by the facts."

For example, the statement says Howard has said Rolfe never told Brooks he was under arrest for driving under the influence.

"However, it is clear from the video that Officer Rolfe told Mr. Brooks, 'I think you've had too much to be driving. Put your hands behind your back.' Clearly this statement is sufficient to inform Mr. Brooks that he is under arrest," the lawyers said.

CNN has reached out to Howard's office for comment.

Brooks had fallen asleep in his car in a Wendy's drive-thru lane on June 12 in Atlanta when police were called. After he failed a Breathalyzer test and police tried to handcuff him, Brooks struggled with officers over a Taser and ran before being shot twice in the back.

Last week, the prosecutor announced 11 charges, including felony murder, against Rolfe, who fired three shots at Brooks, hitting him twice.

A bond hearing for Rolfe that had been scheduled for Tuesday will be continued to another day, a judge ruled.

Howard also announced that the other officer involved, Devin Brosnan, would face an aggravated assault charge for standing on Brooks in the parking lot.

On Sunday, US Rep. Doug Collins called for an independent prosecutor to handle the case. He called the charges against Rolfe and Brosnan political. Others, including some in law enforcement, have made similar accusations against Howard, the first African American elected as a district attorney in Georgia.

Howard has denied that his office filed the charges for political gain.

The shooting came amid global protests over systemic racism and police violence against black people after the death of George Floyd in Minneapolis. Atlanta Police Chief Erika Shields stepped down after the Brooks shooting.

Pines and Thomas also disputed Howard on statutes regarding use of force; statements about whether a Taser is a deadly weapon; and details about the struggle over the Taser between Brooks and the officers.