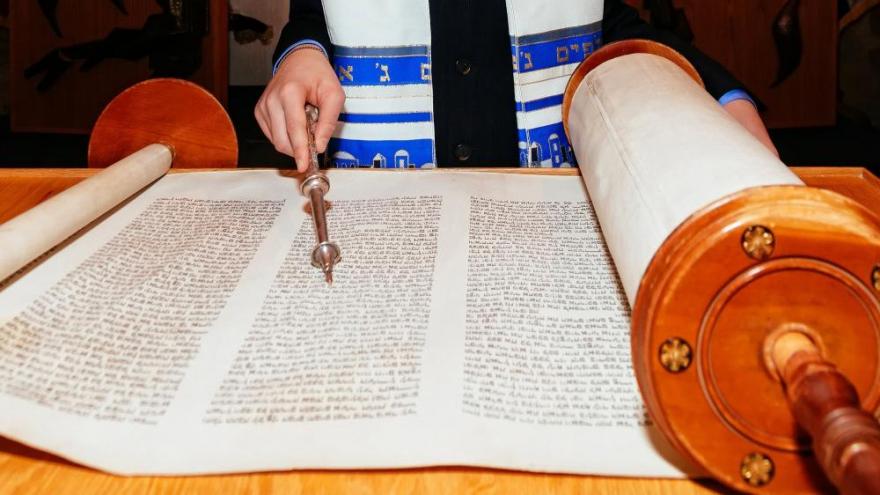 The families of eight young children have filed suit against a prominent Washington, DC, synagogue and one of its leaders, alleging they ignored warnings that a teacher at the congregation's preschool was sexually abusing the children for more than two years.

(CNN) -- The families of eight young children have filed suit against a prominent Washington, D.C., synagogue and one of its leaders, alleging they ignored warnings that a teacher at the congregation's preschool was sexually abusing the children for more than two years.

The families, who are filing the suit anonymously, to protect the children's identities, say the alleged abuse occurred at Washington Hebrew Congregation's Early Childhood Center, a Reform Jewish synagogue founded in the 1850s.

The lawsuit names Jordan Silverman, a teacher at Washington Hebrew Congregation's preschool, as the abuser. Silverman, who was not named as a defendant in the lawsuit, has not been charged with any crimes and denies the allegations in the lawsuit.

A spokesman for the Metropolitan Police Department of the District of Columbia confirmed to CNN on Monday evening that an investigation into alleged sexual abuse of children at the school is currently ongoing. Police wouldn't confirm or deny that Silverman is a suspect, saying they only release a suspect's name if the public's assistance is needed to locate the suspect or the suspect has been arrested.

"There are no updates at this time," said spokesman Sean Hickman.

In a statement, Washington Hebrew Congregation said it learned the lawsuit had been filed on Monday evening and is "carefully reviewing the complaint."

"On August 16, 2018, as soon as we learned of these allegations, Washington Hebrew Congregation reported the allegations of sex abuse to DC Metropolitan Police Department and Child Protective Services," the congregation's statement continued.

"Since that moment and for the past eight months we have continually and fully cooperated with the ongoing criminal investigation. We have kept the community regularly apprised of what we know."

"Contrary to allegations in the complaint, our early childhood centers have not violated the law," the congregation's statement said. "We have not been found to be in violation of state regulations as alleged in the complaint based on at least three inspections since the allegations first arose in August 2018."

The lawsuit accuses the school's head of early childhood education, Deborah Jensen, of failing to "protect children from a known and avoidable risk of sexual abuse," according to a statement from the families' lawyers.

Jensen could not immediately be reached for comment. She joined Washington Hebrew Congregation in 2014 as its early childhood director, according to the congregation's website.

According to a police report, on August 17, 2018, a hotline for the district's Child and Family Services agencies received "an allegation of sexual abuse of a child." The hotline reporter claimed the alleged abuse began in September of 2017 and continued until August 15, 2018, two days before the police investigation started.

The 74-count civil complaint was filed late Monday in Superior Court for the District of Columbia and alleges that "systemic, regular sexual abuse of such young children and in large numbers in an educational environment does not occur in the absence of neglect by the school administrators."

The alleged victims were between the ages of 2 and 4 years old and included both girls and boys, according to the statement.

"The abuse included the most grievous, demeaning and damaging forms of sexual abuse," the statement read.

While the Catholic Church and other religious communities have dealt in recent years with widespread, though often decades-old accusations of child abuse, accusations at Jewish institutions have remained rare.

In its statement, Washington Hebrew Congregation said "child safety has always been our top priority."

"Although there has not been any arrest, these allegations are very troubling; as a faith community, Washington Hebrew has supported and will continue to support its entire community as individuals grapple with how these allegations affect them and their families."