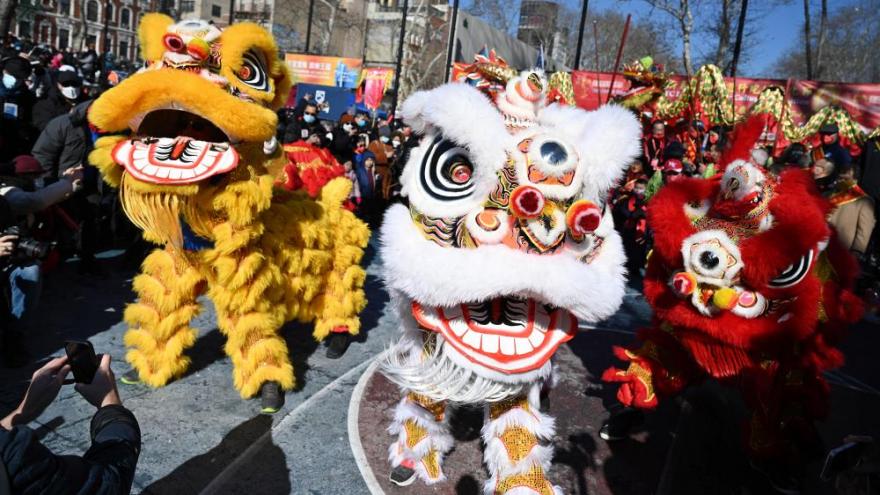 A bill introduced by Rep. Grace Meng seeks to make Lunar New Year a federal holiday in the US.

(CNN) -- Millions of people in the US celebrate Lunar New Year, and as the Asian American population continues to grow, that number only stands to increase.

Democratic Rep. Grace Meng of New York wants to recognize that reality by making Lunar New Year the next federal holiday, introducing a bill last week that would accomplish exactly that. If the measure is passed, Lunar New Year would become the nation's 12th federal holiday -- following Juneteenth, which was established as a holiday last year, and Martin Luther King Jr. Day, which was recognized in 1983.

"For Asian Americans, Lunar New Year is an incredibly important, festive and deeply traditional holiday," Meng said in a statement. "It's the most significant time of year for the Asian American community, and is celebrated in the U.S. and across the globe. It has also been observed for thousands of years."

The bill, titled the "Lunar New Year Day Act," has more than 40 co-sponsors. Meng also introduced a resolution for the House to recognize the cultural and historical significance of Lunar New Year, which she has done in years past.

Lunar New Year, which started this year on February 1 and ushered in the Year of the Tiger, is celebrated widely in Chinese, Vietnamese, South Korean and other Asian communities. In early days of the new year, people typically get together with family and friends for a feast and various other traditions.

Creating a federal holiday for Lunar New Year would give federal employees the day off from work, but it would be up to states and private companies whether to follow the government's lead. Meanwhile, getting Lunar New Year declared as a federal holiday is likely to be an uphill battle -- each holiday requires congressional approval, and concerns about the costs to taxpayers have often stymied other efforts to create more of them.

Lunar New Year is, however, recognized in some school districts around the country, with public school students in New York City, Philadelphia, Iowa City and Montgomery County in Maryland among those that got the day off this year.

Still, Meng is pushing forward with her efforts.

"With Asian Americans being the fastest growing population in our country, and with the popularity of the holiday continuing to grow, it makes sense to make Lunar New Year a federal holiday," she said. "The time has come to make this happen."