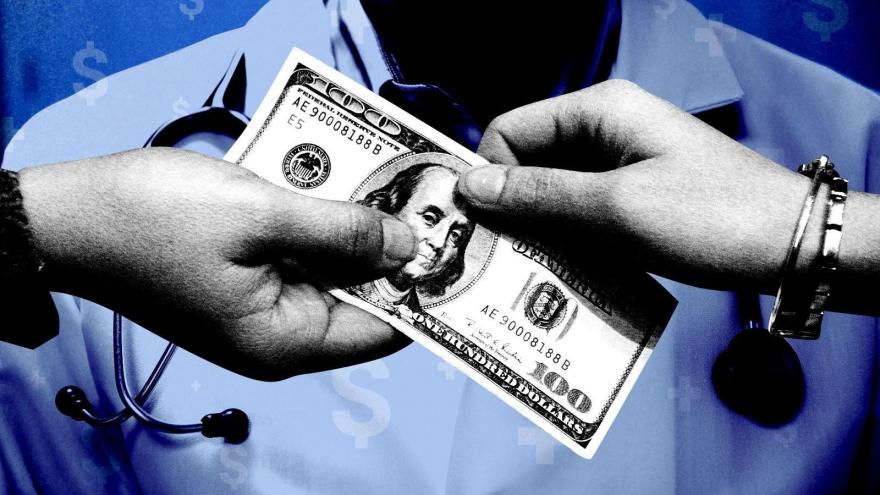 Less than a week after President Donald Trump called on Congress to address surprise medical bills, lawmakers in both the House and Senate unveiled bipartisan measures to protect Americans from this costly and frustrating issue.

(CNN) -- Less than a week after President Donald Trump called on Congress to address surprise medical bills, lawmakers in both the House and Senate unveiled bipartisan measures to protect Americans from this costly and frustrating issue.

A bipartisan group of senators, led by Sen. Bill Cassidy, a Louisiana Republican and doctor, rolled out Thursday a bill that would shield people who are seen by out-of-network providers in emergency and certain non-emergency situations. Under the legislation, titled the STOP Surprise Medical Bills Act, consumers would pay the same as they would if they went to an in-network provider.

Hospitals and doctors would automatically receive the difference between patient's payment and the median in-network rate for these services. But insurers and providers could appeal the payment amount to an independent arbitrator.

"Patients should be the reason for the care, not an excuse for the bill," said Cassidy, who has been working on the legislation for nearly a year. "This is a bipartisan solution ensuring patients are protected and don't receive surprise bills that are uncapped by anything but a sense of shame."

Earlier this week, House Energy and Commerce Committee leaders released a draft of The No Surprises Act, which is similar but does not provide for an arbitration process, a method the White House has said it doesn't support.

"We must ensure that patients are not responsible for these outrageous bills, which is why our discussion draft removes patients from the middle," said Committee Chairman Frank Pallone, Jr., Democrat of New Jersey, and Republican Leader Greg Walden of Oregon, in a joint statement.

Trump, who has made health care a top political issue, has turned his sights on surprise medical billing, which he also mentioned in the State of the Union. Along with lowering drug prices, it's seen as an area of potential bipartisan agreement and a win for both parties.

"In emergency care situations, patients should never have to bear the burden of out-of-network costs they didn't agree to pay," Trump said at news conference last week, standing with a family that was billed nearly $18,000 for a urine drug test that would have carried an in-network charge of just $101. "No family should be blindsided by outrageous medical bills."

Half of Americans say shielding people from surprise medical bills should be a top priority for Congress, according to an April Kaiser Family Foundation poll. That ranks behind lowering drug costs and protecting those with preexisting conditions, but ahead of major changes to the nation's health care system, such as repealing the Affordable Care Act or implementing a national "Medicare for All" plan.

State officials have also passed laws to protect consumers, but they don't have authority over many insurance plans offered by large employers, which cover nearly half of Americans. These policies are regulated on the federal level.

Actually enacting a law, however, could prove complicated. Lawmakers have been stymied by health care industry groups who shift the blame and responsibility for the matter.

Industry groups say they are open to federal legislation, with hospitals, doctors and a coalition of insurers, employers and patient advocates each releasing guiding principles in recent months. Hospitals and doctors agree that patients should be protected and removed from payment negotiations, but oppose the government setting the reimbursement methodology. They say insurers must make sure to include an adequate number of providers in their network and keep their directories up to date.

The coalition wants payments to be based on a federal standard and say patients should be informed when care is outside their network.