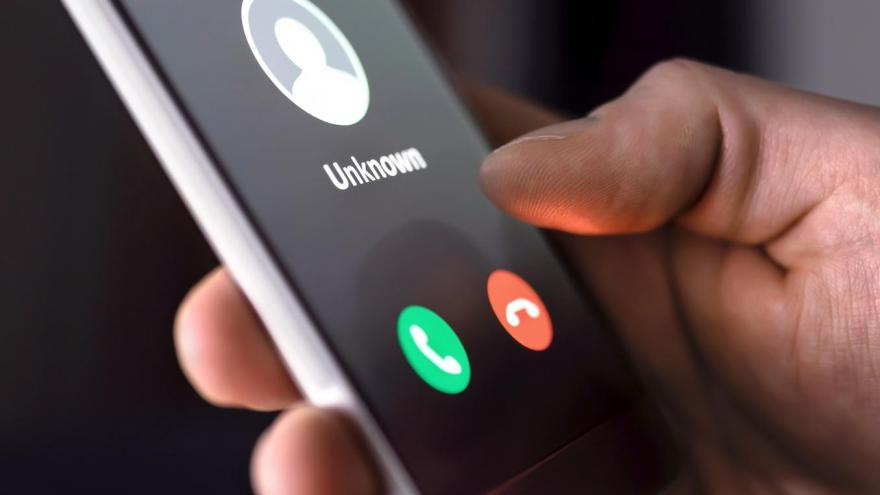 The FTC has had nearly 8,000 fraud reports from consumers related to the virus over the past few weeks.

(CNN) -- One of the most disturbing coronavirus scams Michigan Attorney General Dana Nessel has seen starts with a phone call.

The number looks like it's coming from a health care or government official, who tells the person they've called that a loved one is in the hospital with coronavirus. The call recipient needs to give credit card information over the phone, now, to prepay the hospital bills.

"Everyone's so isolated. No one really knows where anybody is," Nessel said, noting she's had several friends die from the virus in Michigan, where the number of deaths is already around 1,600, according to a John Hopkins University tally. "It's so easy to prey upon people when they are literally scared for their lives."

Scams attempting to fleece vulnerable Americans out of money are already thriving as the pandemic consumes the country -- and it's only the beginning of what may be years of prank phone calls and millions of dollars in swindles, according to several state attorneys general and officials from the Federal Trade Commission and the Department of Justice.

Law enforcement at every level of government is left playing whack-a-mole as scammers have tried to make money off of nearly every aspect of the pandemic. The scams are wide-ranging, from reselling medical supplies and toilet paper at markups, to pressuring emotionally vulnerable people for payments, even to trying to dupe the federal government.

There are nearly 142 open investigations relating to hoarding or price-gouging nationwide, with many more fraud investigations underway in every US Attorney's Office in the country, according to Scott Brady, US Attorney for the Western District of Pennsylvania.

And the FTC, the main national agency that tracks and responds to alleged consumer scams, has already collected almost 17,000 complaints from all 50 states related to coronavirus, according to data the agency released Sunday. Almost half of the complaints from consumers say they've lost money, at a midpoint of about $570 lost per reported scam.

So far, most consumer complaints to the FTC involve travel and vacations where people seek refunds. But the reports of government and business impostors are growing by the day, according to daily updates the agency releases.

"We've already seen text messaging offers where people are saying, 'Let me help you get access to government grant money,'" Monica Vaca, a consumer response director at the FTC, told CNN. "That is what I expect is coming in a big wave of complaints."

With some of the first IRS payments going out this week, the Justice Department, too, is preparing for a flood of fraudsters, trying to get a cut of government-provided relief funds.

Given the large size of the government Covid-19 relief programs -- provided through the $2 trillion stimulus approved by Congress -- federal law enforcement expects the amount of attempted fraud will be larger than past aid programs such as those following the 2008 economic crisis, a senior Justice Department official said.

The FTC was still shutting down financial hoaxers that targeted consumers years after the 2009 stimulus, Vaca said, and stimulus-related coronavirus scams may last just as long.

"This is not the type of fraud situation that will last a short period of time -- like we see with hurricanes," she said.

Among the frauds that officials are looking for are businesses that fake the number of employees they have or how well they were doing before the pandemic. In extreme cases, some fraudsters will invent entire fake businesses to apply for aid, trying to get money directly from the government.

Others will target consumers by offering to help them claim money from the federal government for a fee. The attorney general of New Jersey warned his state -- one of the hardest hit by the virus -- that scam artists are sending out phishing emails and text messages about the stimulus that prompt people to click on a link and provide their personal information.

In some situations, the messages contain malware that can install software onto a person's computer that could access financial account info. In other situations, the fake links look like they're from the US Small Business Administration or other agencies and ask people to apply for fake grants, the New Jersey Attorney General's Office said this weekend.

To avoid the scammers targeting the government directly, Justice Department officials say they've worked with the agencies administering the congressionally approved aid to design applications and forms that protect the taxpayer funding, allowing for prosecutors to bring false statement charges against those who lie in their requests for money.

The business grants and loans programs are being administered by banks, which could help guard against fraud. But the need to move money quickly presents more challenges for fraud prevention.

"The faster you move to provide resources to affected individuals and companies, the more you open yourself up to the possibility of fraud," said Brian Benczkowski, assistant attorney general for the criminal division.

Already, prosecutors are working on bringing charges in some of the earliest cases that have emerged, Benczkowski said. The idea is to try to warn people who want to commit fraud that they will be caught.

Scam calls and texts are already lighting up Americans' phones across the country.

One person in Erie, Pennsylvania, wrote to the Federal Trade Commission about a phone call claiming the government was issuing free face masks. A few others from New Jersey told the FTC about calls claiming to be from testing labs offering Covid-19 screening for a triple-digit fee, according to information about the complaints that the agency has released.

Pennsylvania's tip line has received more than 4,000 reports of price gouging, including one from Philadelphia Mayor Jim Kenney about an overpriced item he saw in his local grocery store, according to Jacklin Rhoads, the spokeswoman for the Pennsylvania attorney general. The office has seen a wide range of fraud so far, from false advertising for test kits and face masks online, to price gouging and phishing attempts.

In Washington, DC, where coronavirus cases were accelerating last week, the city's attorney general, Karl Racine, sent investigators to look into corner stores and small convenience stores after complaints came in about marked-up items for sale. The office has sent more than a dozen cease-and-desist letters as of last week, and had also noticed scam phone calls and texts offering discounts on utility payments, Racine said.

In order to fight the consumer aspect of fraud, Racine and attorneys general from almost every state have gone on public relations tours to inform their states' residents about what may be a scam. Racine said communities in metro areas like DC that face poverty are often the ones least likely to report scams, while certain populations are already more vulnerable to them.

Racine and other consumer protection officials, for instance, have taken part in several recent telephone town halls hosted by AARP to spread the word that people who are contacted shouldn't give out their credit card information.

Hosted by both local chapters and the national organization, the weekly AARP calls, which have drawn more than 80,000 listeners, have been a cornerstone of the approach to educate people, especially older Americans who may be targeted more by scammers, officials at both the state and federal level have said.

In another educational approach, the FTC, which looks at thousands of consumer complaints related to coronavirus and other topics, has been sharing a bingo-card graphic online since March 24 to encourage people to look for different types of Covid-19 scams.

The graphic has cartoon drawings of the virus, with bingo squares filled with possibilities like "Get health insurance" and "Covid-19 cure!"

The Justice Department, too, has been highlighting criminal cases it's brought against people hoarding medical supplies. Attorney General William Barr spoke about potential scams during a White House press conference in recent weeks.

In the first federal case resulting from a Department of Justice task force, prosecutors charged a Brooklyn man after they found him selling enough medical gear to outfit an entire hospital at marked-up prices.

"Speed is a big thing here because we know that the material that is being hoarded is something that is desperately needed," said Craig Carpenito, the top federal prosecutor in New Jersey who is leading the hoarding and price-gouging task force.

Since then, federal law enforcement are following other alleged scams attempting to sell millions of N95 masks that are either marked up or may not exist.

One of the federal investigations came after a union representing California health care workers announced it believed it found 39 million masks from a supplier and after Kaiser Permanente health care system placed an order for 6 million masks then canceled because the deal appeared to be suspicious, CNN reported Monday.

In another case, a Georgia man attempted to sell the Department of Veterans Affairs 125 million nonexistent masks and other equipment for $750 million. The man was charged with wire fraud.

At the local level, state attorneys general have opened cases to fight other types of possible scams. For instance, Missouri Attorney General Eric Schmitt sued televangelist Jim Bakker and his production company for promoting on his show a "Silver Solution" as an anti-coronavirus immunity boost. "There is, in fact, no vaccine, pill, potion or other product available to treat or cure coronavirus disease 2019," the Missouri lawsuit said.

In Michigan, the state noticed the stimulus scam has already started, with phishing emails asking recipients for their bank information to receive the $1,200 check from the government. Nessel had heard of the scam first through a contact at another state agency, who sent it directly to her.

Since then, she's had friends, family, even acquaintances from high school forwarding her scam emails and texts -- and she's responding to them with what to look for.

"Next time my mother sends me a text message, I'm going to reply, 'New number, who dis?' " she joked. "But my point is that we rely on others to assist" spreading the word that scams are out there, Nessel said. "This is the enemy of our time. We all have to work together."