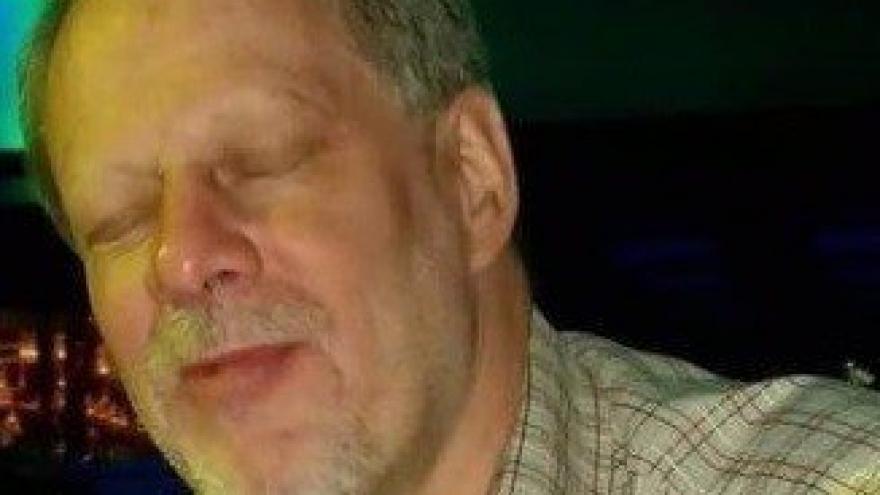 (CNN) -- The man police say killed at least 58 people on the Las Vegas Strip was a retired accountant who enjoyed playing $100-a-hand poker, his brother says.

Here's what else we know about Stephen Paddock, the assailant in the deadliest mass shooting in modern US history.

• He was 64-years-old and lived in Mesquite, a retiree community about 80 miles northeast of Las Vegas. He had previously lived in the Orlando, Florida, area.

• He was divorced, was not known to have children, and was living with a woman in a home in Mesquite.

• He'd never shown violent tendencies, said his brother, Eric Paddock of Orlando, Florida. "He was my brother and it's like an asteroid fell out of the sky," Eric Paddock said about learning his sibling was the gunman in the Las Vegas massacre.

• Eric Paddock said his father died a few years ago and that "he was never with my mom." Eric said he was born while his father was on the run.

• Stephen last communicated with his brother via a text, asking Eric about their mother, who'd lost power during Hurricane Irma. Eric also said Stephen spoke to his mother on the phone a week or two ago.

• Eric Paddock says his brother did not have affiliations with any terror or hate group, and he doesn't know why his brother would do this.

• "He was a wealthy guy playing video poker... on cruises," his brother said, adding that Stephen could afford anything he wanted and played $100-a-hand poker.

• Stephen Paddock's ex-wife lives in Los Angeles County, California, and has had no contact with him in years, authorities said. They divorced 27 years ago after six years of marriage.

• Authorities searched Paddock's home in Mesquite on Monday and found weapons and ammunition, but Mesquite police spokesman Quinn Averett did not give details. Eric Paddock said he helped Stephen move to Mesquite about a year ago.

• She does not appear to have been involved in the shooting and was in the Philippines when the massacre took place, authorities said. Paddock had been using some of her identification, Lombardo said.

• He kept a low profile. Law enforcement has no "derogatory information" about Stephen Paddock, besides the fact that he received a citation several years ago that was handled in the court system, Lombardo said.

• Paddock had been staying at the Mandalay Bay Resort and Casino in Las Vegas since last Thursday. He killed himself in his room on the 32nd-floor before a police SWAT team burst in, Lombardo said.

• Authorities believe Paddock had a device similar to a hammer to smash the hotel windows prior to the shooting, Lombardo said. Officials think Paddock brought the weapons into the hotel by himself but did not provide specifics.

• Hotel employees had been in his room prior to the shooting but did not notice anything amiss, Lombardo said.

• Paddock had bought multiple firearms in the past, several of them purchased in California, a law enforcement official told CNN. But those don't appear to be among the 10 or more guns found in the Mandalay Bay hotel room.

• The suspicion, based on initial reports, is that one of the rifles used was altered to function as an automatic weapon, the official said. Among the weapons found were a .223 caliber and a .308 caliber.

• So far investigators believe the firearms were purchased legally.

• Eric Paddock said he knew his brother had a couple of handguns and maybe one long rifle but did not know of any automatic weapons.

• Stephen Paddock did not have a machine gun when he moved him from Melbourne to Mesquite, Eric Paddock said.

• The suspect had a pilot's license but he was not up to date on his medical certification which he would need in order to fly legally, a federal official said.

• The FAA website shows that the last time he went to get the medical certification required for private pilots who want to fly was February 2008 so he could not have flown legally recently.

• The FAA will not release any information regarding his mental health from his last certification in 2008 because it is protected under federal privacy rules.

• So far, authorities have found no military records for Stephen Paddock.