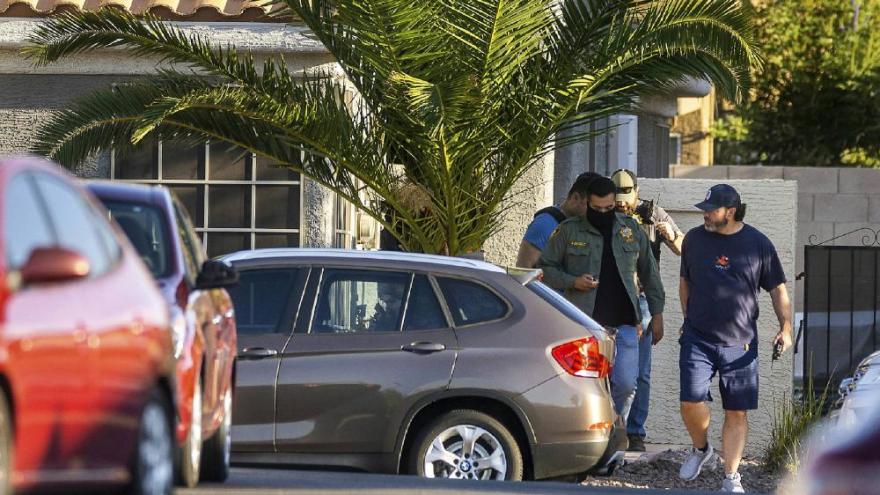 (CNN) -- Clark County Public Administrator Robert Telles was charged with murder with a deadly weapon in the stabbing death of Las Vegas investigative journalist Jeff German, according to a criminal complaint filed Monday.

In the chilling case that has raised concerns about press freedoms in the United States, German was found dead with multiple stab wounds outside his home on September 2. DNA found underneath German's fingernails and surveillance footage helped police link Telles to the killing, authorities have said.

According to the criminal complaint filed in Clark County court, Telles "did willfully, unlawfully, with malice aforethought, kill Jeffrey German, who was 60 years of age or older, with use of a deadly weapon."

CNN, which obtained the complaint Monday afternoon, has reached out to Telles' attorney.

Telles's next court appearance is scheduled for Tuesday. He is being held without bail.

Telles, who lost reelection in June, was identified as a person of interest early in the investigation, as authorities discovered neighborhood surveillance footage capturing a vehicle seen at Telles' house before and after German's killing, Koren said. The vehicle, registered to Telles' wife, was also seen at German's house at the time of his death.

German was working on a story about Telles the week he was killed, according to the Las Vegas Review-Journal. Earlier this year, Telles was the subject of articles that detailed his oversight of his office, and German reported Telles created a hostile work environment and carried on an inappropriate relationship with a staffer.

Telles denied the reports, the Review-Journal said. First elected to the office in 2018, Telles lost his bid for reelection in a June Democratic primary and his term ends in January.

Killings of journalists are rare in the United States, and murders of journalists in retaliation for their work even more so, according to the Committee to Protect Journalists. Eight journalists have been murdered in the US since 1992, when the non-profit began keeping track, including four in a mass shooting in 2018 in the newsroom of the Capital Gazette newspaper in Maryland, it said.