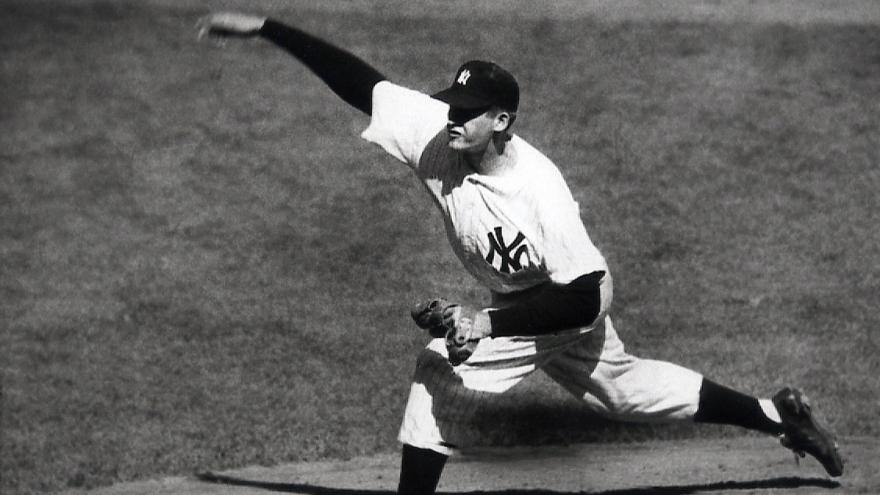 (CNN) -- Don Larsen, the pitcher responsible for the only perfect game in World Series history, died Wednesday at the age of 90, according to his representative Andrew Levy.

Larsen, a former journeyman pitcher, played for seven teams in his 14 seasons in the majors. He played five of those seasons with the New York Yankees, winning two World Series titles.

"We are deeply saddened to learn of the passing of Don Larsen, who remained a welcome and familiar face at our annual Old-Timers' Day celebrations in the decades following his playing career," the Yankees said in a statement. "The Yankees organization extends its deepest condolences to Don's family and friends during this difficult time. He will be missed."

In Game 5 of the 1956 World Series between the Yankees and Brooklyn Dodgers, Larsen famously threw the only perfect game in Major League Baseball history. The Yankees went on to win the series.