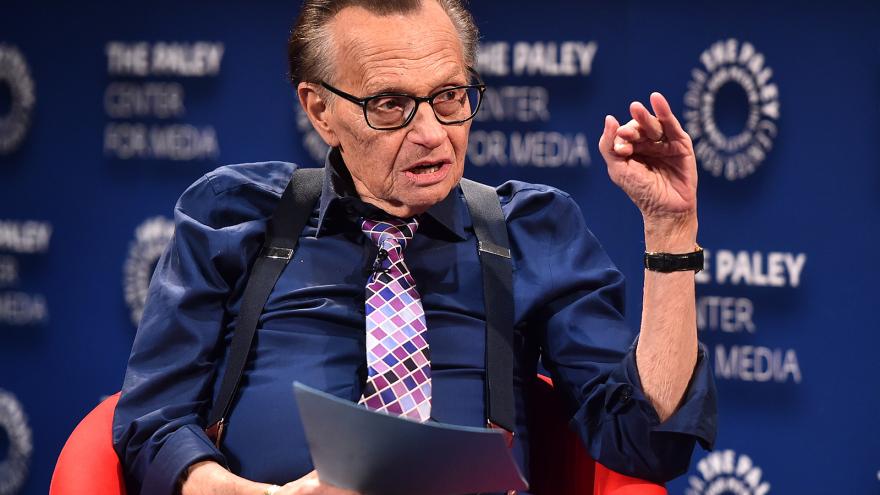 LOS ANGELES (AP) — Larry King, who interviewed presidents, movie stars and ordinary Joes during a half-century in broadcasting, has died at age 87.

No cause of death was given, but CNN had earlier reported he was hospitalized with COVID-19. King was a nightly fixture on CNN from 1985 through 2010.

He won two Peabody Awards but made no claims to being an intellectual. He preferred to ask presidents what they liked about their jobs rather than their foreign policy. He welcomed everyone from the Dalai Lama to Elizabeth Taylor.