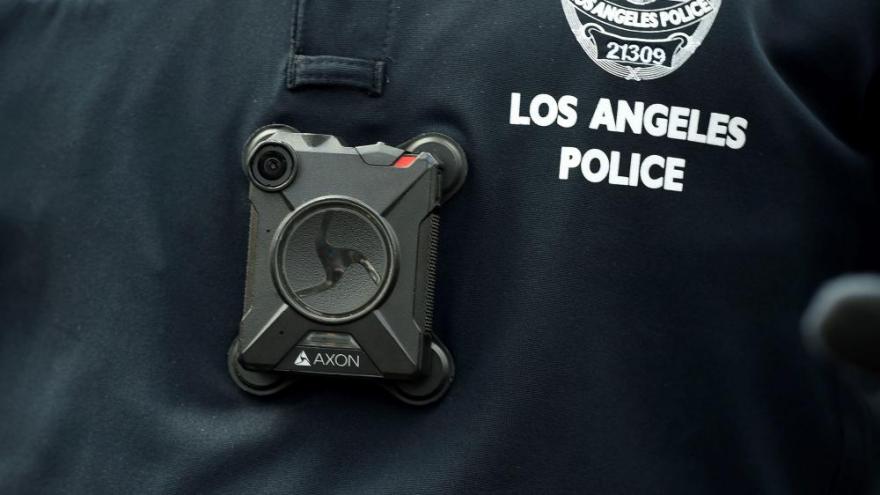 A Los Angeles Police Department officer's body-worn camera caught the incident even though he turned it off, according to the LA Times.

(CNN) -- An officer with the Los Angeles Police Department is under investigation after his body camera allegedly caught him fondling the body of a dead woman.

The officer and his partner were responding to a call about a possible dead body in a residential unit, sources told the Los Angeles Times, which first reported the incident.

The officers determined the woman was dead, and while one officer went to get something from the patrol car, the accused officer turned off his body-worn camera and allegedly fondled the deceased woman's breasts, LAPD officials told the LA Times.

Though the camera was turned off before the incident, it was captured by the two-minute buffer on the device, the newspaper reported.

"The department is aware of the incident and an internal investigation has been launched," LAPD officer Jeff Lee said, adding that he cannot comment further on pending personnel matters.

A source familiar with the investigation said the incident happened a few weeks ago but was found in a random check of body camera footage. He called the incident "way beyond the pale" and "unacceptable" and said coworkers of the accused in LAPD's Central Division are furious.

The case has not been referred to the district attorney's office since it is still under investigation. The newspaper reported that the officer, whose name was not released, was placed on leave.

"If this allegation is true, then the behavior exhibited by this officer is not only wrong, but extremely disturbing, and does not align with the values we, as police officers, hold dear and these values include respect and reverence for the deceased," the Los Angeles Police Protective League, the union representing the officer, said in a statement. "This behavior has no place in law enforcement."

The union said it will not represent the officer involved in the event criminal charges are filed.

"We will absolutely not defend this individual in any criminal proceeding," Craig Lally, president of the Los Angeles Police Protective League, said.

Lally apologized to the family of the victim, saying "We want family to know that this alleged behavior is repugnant, reprehensible and indefensible. We are sorry for the pain this has caused you."