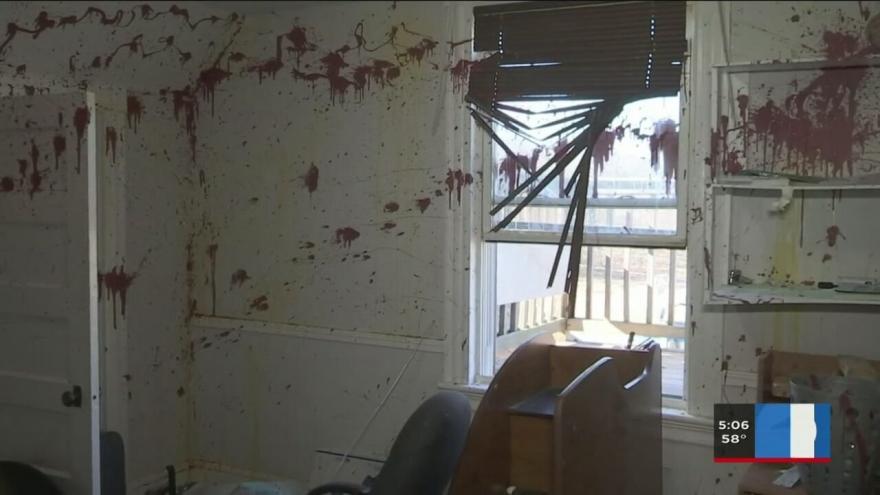 BRISTOL, Connecticut (WFSB) -- The pandemic turned many lives upside down, particularly for those who have lost jobs.

Gov. Ned Lamont approved an eviction moratorium that postpones evictions for those who cannot pay their rent.

However, a landlord in Bristol said many people are taking advantage of the system.

Dave Haberfeld said he tried to evict a tenant well before COVID started, but it was halted because of the executive order. Now he’s dealing with a destroyed apartment.

The Pine Street apartment used to be freshly painted, have clean appliances, and a newer-looking bathroom.

“Just generally made a mess and made sure to ruin the carpets and leave behind plenty of garbage for us,” Haberfeld said.

That’s not the worst of it. Red paint with rice was thrown on the walls, the windows were broken, profanities were spray painted, and trash was thrown everywhere.

Haberfeld, who owns 36 properties, said he hasn’t seen this kind of damage, ever.

“I’ve had some vandalism before, but this was the worst one. The new high scorer,” Haberfeld said.

He said he had been trying to evict the tenant since before the pandemic.

“We filed an eviction two months before the virus came. The eviction process takes 90 days around here. When the virus came, we had to stop and we could no longer evict,” Haberfeld said.

That’s because the federal eviction moratorium was issued by the Centers for Disease Control and Prevention when the pandemic started.

The order postponed evictions for those who cannot pay their rent.

While it ends on Wednesday, Lamont’s office says it will, “remain in effect for Connecticut for the duration of the public health and civil preparedness emergency.”

Haberfeld believes if this eviction went through in the first place, he wouldn’t be in the mess he now has to clean up.

He said the tenant lived for free for 14 months and the order has only made it worse for landlords and others who pay their rent on time.

“Who is going to pick up the tab? Tenants will. I pay it. I have to raise rents to cover the eight to nine tenants who aren’t paying and this kind of damage,” Haberfeld said.

Haberfeld filed a police report and police said the investigation is ongoing.