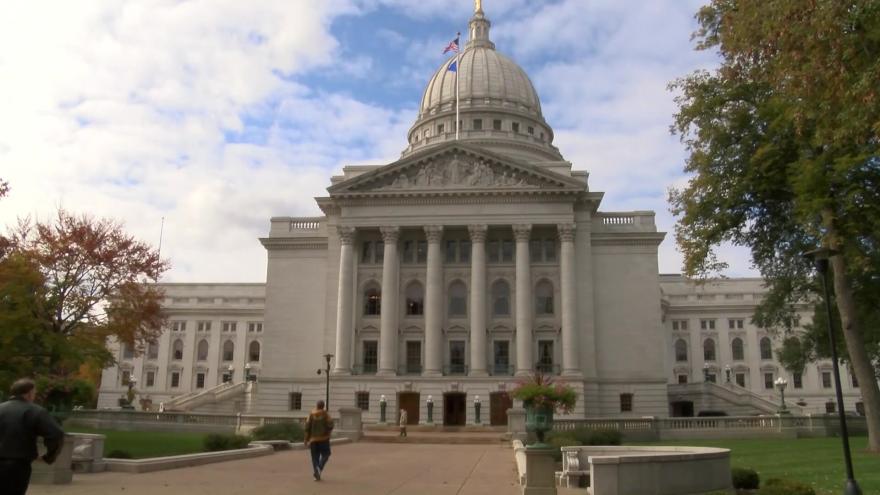 A Dane County judge blocked the laws Thursday, finding the Legislature convened illegally when it passed them in December. Republican legislators asked the 3rd District Court of Appeals on Friday morning to immediately reinstate the laws pending appeal.

The court issued an order late Friday afternoon telling all parties involved to file briefs outlining their arguments by 4 p.m. Monday. Evers and Kaul have both asked the court to let them make arguments ahead of a decision.

Republicans who control the state Senate confirmed 82 Walker appointments in December to ensure they would keep their jobs after Evers took office. The votes came during a lame-duck extraordinary session.

Dane County Circuit Judge Richard Niess ruled Thursday that the session was illegally convened and invalidated all actions lawmakers took during it.

Empowered by the ruling, Evers rescinded the appointments Friday afternoon. His spokeswoman says the positions are now considered vacant.

Some of the higher profile appointees include a pair of University of Wisconsin System regents and Ellen Nowak, chairwoman of the state Public Service Commission.

Republicans asked the 3rd District Court of Appeals on Friday morning to immediately stay Niess' ruling. The court had not ruled as of late Friday afternoon.

In an about-face, Democratic Attorney General Josh Kaul now wants to be heard in the fight to preserve an injunction blocking Republican-backed laws limiting the powers of both his office and Gov. Tony Evers.

A coalition of liberal-leaning groups sued in January alleging the Legislature convened illegally when it passed the legislation in December. The lawsuit technically named Evers as a defendant but the governor has officially taken the coalition's side.

Kaul declined in January to defend Evers, saying the laws affect the state Department of Justice and therefore create a conflict of interest.

But on Friday DOJ sent a letter to the appellate court saying it wants to be heard before a ruling on reinstatement is made, saying it has a unique perspective on the case given its impact on the agency. The department also argues that state law allows the attorney general to be heard when a statute is found unconstitutional.

Democratic Gov. Tony Evers and his allies are asking a state appeals court for a chance to argue against Republicans' request to stay an order blocking the GOP's lame-duck laws limiting his powers.

A coalition of liberal-leaning groups sued in January, alleging legislators illegally gathered when they passed the laws in December. Dane County Circuit Judge Richard Niess granted their request Thursday for an injunction blocking the laws.

An attorney for Republican legislators asked an appeals court on Friday to immediately stay Niess' ruling.

Evers' attorney, Tamara Packard, sent a letter to the court Friday saying the GOP attorney is misstating the issues. Packard and an attorney for the coalition also argued that the stay request should be heard in a different court.

Attorney Misha Tseytlin also told the 3rd District Court of Appeals that an appeal was coming.

Tseytlin says in the court filings that the judge's injunction is "indefensible" and causing confusion about whether thousands of statutes passed during extraordinary sessions are valid.