Lake Superior shipwreck site found after more than a century 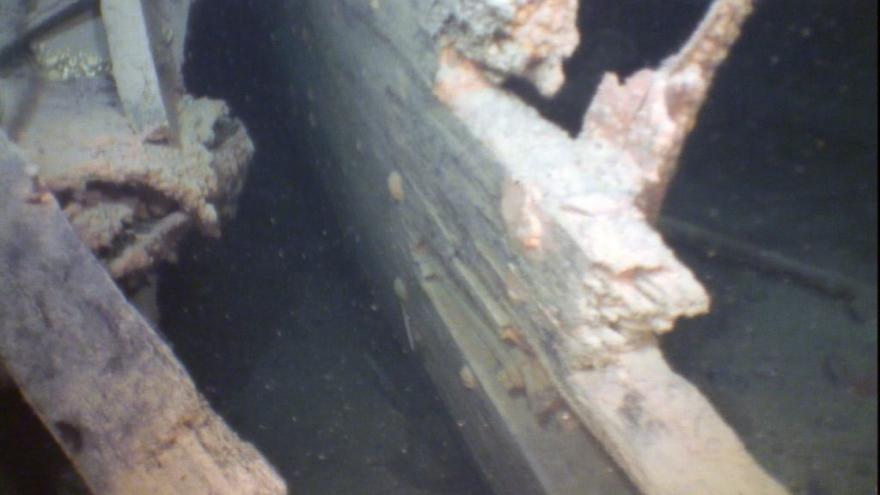 TRAVERSE CITY, Mich. (AP) — The Great Lakes Shipwreck Historical Society has discovered the remains of a ship that sank 103 years ago in Lake Superior off Michigan's Upper Peninsula.

The society announced this month that it found the wreck of the S.R. Kirby last year near the Keweenaw Peninsula.

Bruce Lynn, the executive director at Great Lakes Shipwreck Museum, tells WWTV/WWUP-TV that the Kirby went down on May 8, 1916. Accounts from the time say the weather had been calm a day earlier when the 294-foot (90-meter) Kirby left Ashland, Wisconsin, dragging a 352-foot-long (107-meter-long) steel barge laden with iron ore and headed for Cleveland, Ohio.

"If you read the reports, as they were getting closer to the Keweenaw Peninsula the weather was getting dirtier and nastier and the winds are picking up," Lynn said.

Winds whipped up to 76 mph (122 kph) and a huge wave took the ship down near Eagle Harbor with 22 men aboard. Lynn said it took about a minute to sink 800 feet (250 meters) to the bottom of the lake. Two men and the captain's dog survived.

"I think it's every bit as important to tell the story of the crew of a ship like that as it would be as more famous shipwrecks like the Edmund Fitzgerald ," Lynn said.

He said the crew in the engine room "might have been below decks. They didn't have any chance to get off of that ship. Their stories are just as important as any other shipwreck."

The velocity of the Kirby's drop left it looking "like an explosion on the bottom of the lake," Lynn said. Members of the shipwreck society have been examining sonar images of the wreck captured using a remotely operated vehicle.

Lynn said the Kirby was unusual for that era.

"This is a composite ship and only a handful of these were built in the late 1800s," Lynn noted. "So you got an iron frame as I understand with a wooden hull surrounding it. It was kind of a new technology, or technology they were experimenting with."

He said reports from the time suggest the ship and barge may have been overloaded or not evenly loaded and that this would make it difficult to navigate a major storm.