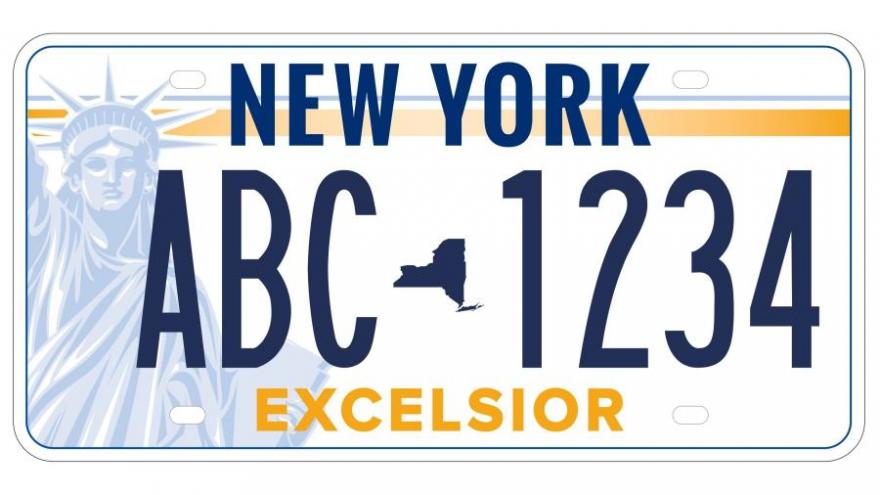 New Yorkers will decide the state's next official license plate, and there's at least an 80% chance it'll feature Lady Liberty.

All five options are varying shades of blue and yellow with the shape of the state stuck in the middle. Four of them feature the Statue of Liberty and the phrase "Excelsior," the Latin motto on the state seal that means "Ever upward."

"License plates are a symbol of who we are as a state and New Yorkers should have a voice and a vote in its final design," Cuomo said in a statement.

The only option that deviates slightly features the new Gov. Mario M. Cuomo Bridge, named for the current governor's father. The 3.1-mile twin-span bridge replaced the Tappan Zee Bridge, which connected counties on either side of the Hudson River 20 miles north of New York City for decades.

The winner will replace the aging "Empire Blue & White" plates, which debuted in January 2001 and depicts landmarks like the city skyline and Niagara Falls. The DMV will eventually phase out the blue-and-gold plates issued in 2010, too, the governor's office said.

Drivers with plates 10-years-old or older can expect to receive a new plate with the top design starting April 2020, according to the governor's office.