Labs are still America's favorite dog, but corgis have wiggled into the top 10 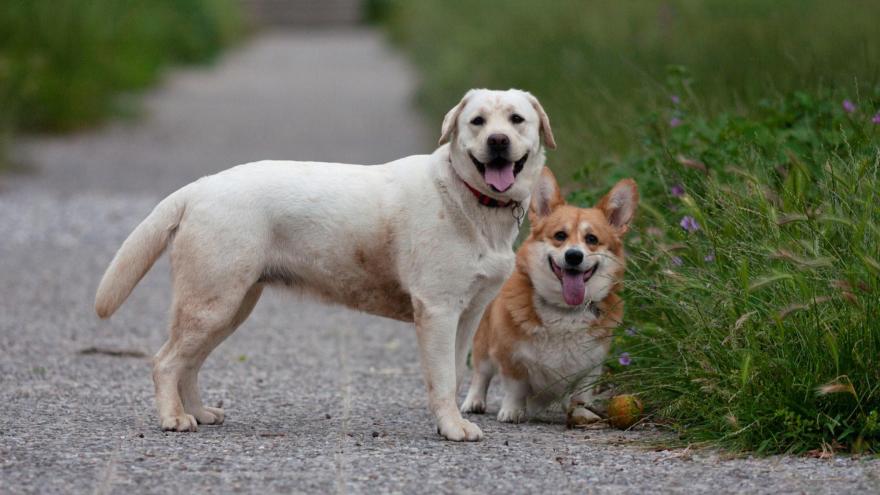 Labs are still America's favorite dog, but corgis are gaining on them

(CNN) -- For the 29th year in a row, the Labrador retriever has kept its title as America's top dog, but the Pembroke Welsh corgi, with its stubby legs, adorable smile and even cuter butt, has jumped into the top 10 of America's most popular purebreds for the first time.

That's according to the American Kennel Club's ranking of the most popular dog breeds of 2019, released Friday.

The list, based on the 1.4 million puppies registered to the AKC last year, ranks the 193 breeds that the AKC recognizes. So that means no goldendoodles, Maltipoos or other mixed breeds, which make up more than half of all pet dogs in the United States, according to the 2011 National Mutt Census.

Brandi Hunter, the AKC's vice president of public relations and communications, said she wasn't surprised that Labs once again came in at No. 1.

"Labs are an all-around dog. It really doesn't matter what kind of lifestyle you have," Hunter told CNN. "They're great for families that have kids but also if you have a really active lifestyle and like to hike. ... They have a lot of functions even outside the home, so I think that's the reason why they stay pretty popular."

Corgis taking 10th place was surprising, Hunter said. But their increased popularity on social media and even TV appearances could have had an effect on that, she said.

"I think they got a lot of exposure from pop culture, especially on social media. There's a lot of accounts that are dedicated to corgis. You get to see them in 'The Crown,' but they're also really great dogs. They are a lot of dog in a little package. They're very adaptable, very smart and people tend to really fall in love with them," Hunter said.

While corgis have been getting the spotlight next to Queen Elizabeth II, other dogs don't get that exposure, so Hunter said AKC's annual list is a good way for families to discover new breeds that they might want to bring into their family.

During the coronavirus pandemic, both animal shelters and breeders have seen an unprecedented demand for dogs as Americans look for a furry buddy to help with the loneliness of social distancing.

Being stuck at home right now might give you more time with your dog than you've ever had, but as people return to work, that sudden change could make it difficult for your dog to adapt.

The key to getting your pet ready for your return to work is maintaining a routine right now, according to Dr. Meredith Montgomery, a clinical assistant professor of shelter medicine at the University of Florida.

"If you know you're going to go back to work in 10 days or so, start getting yourself and your animal on a more typical schedule," Montgomery said. "Focus on doing things that you have been doing, like taking them for a short walk, and make sure you're still fitting in those activities after your return to work."