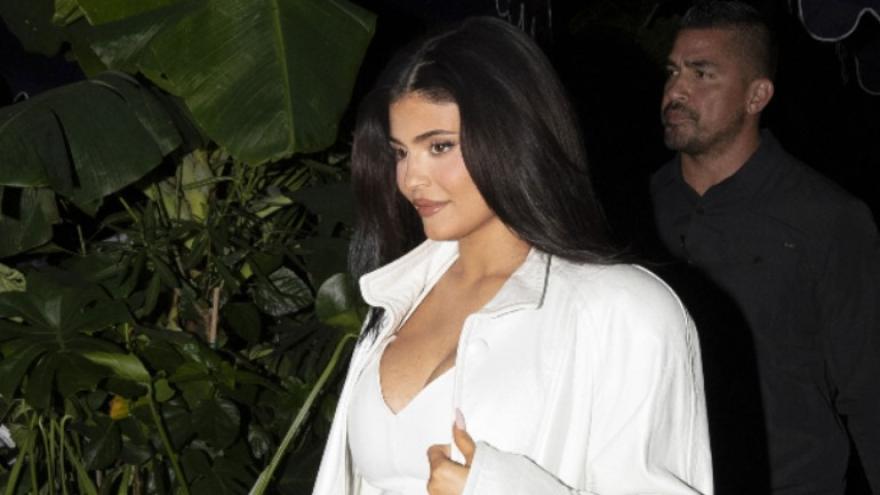 (CNN) -- Kylie Jenner took to social media Sunday to comment on the tragedy at her partner Travis Scott's Astroworld music festival in Houston.

At least eight people died and 300 more were left injured after a crowd surge during Scott's performance at the festival on Friday.

"Travis and I are broken and devastated. My thoughts and prayers are with all who lost their lives, were injured or affected in any way by yesterday's events. And also for Travis who I know cares deeply for his fans and the Houston community," Jenner wrote on Instagram Stories.

Jenner said both she and Scott didn't know what was happening in the crowd at the time.

"I want to make it clear we weren't aware of any fatalities until the news came out after the show and in no world would have continued filming or performing," she wrote.

She added that she was praying for the families who lost loved ones.

"I am sending my deepest condolences to all the families during this difficult time and will be praying for the healing of everyone who has been impacted," she wrote.

Scott had also addressed the tragedy on social media over the weekend, writing: "I'm absolutely devastated by what took place last night. My prayers go out to the families and all those impacted by what happened at Astroworld Festival."

Jenner and Scott are currently expecting their second child together.