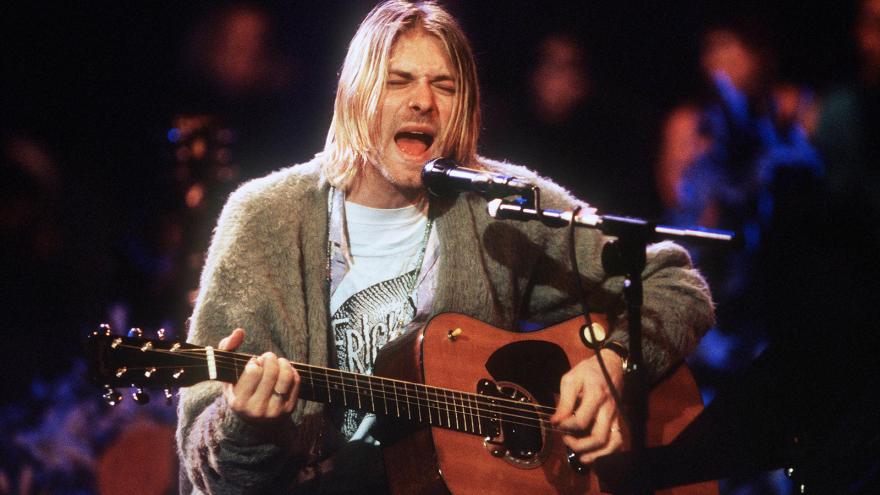 (CNN) -- The guitar played by Nirvana frontman Kurt Cobain during his 1993 "MTV Unplugged" performance has sold for $6 million at auction.

The 1959 Martin D-18E guitar featured in Nirvana's famed New York show, five months before Cobain's death by suicide at the age of 27 in 1994.

Cobain customized the guitar, adding a Bartolini pickup to the soundhole, according to a statement from Julien's Auctions. He also decorated the hard-shell case that is included in the lot, with a flyer from Poison Idea's 1990 album "Feel the Darkness." Three baggage claim stubs are still stuck to the handle, the statement added.

Bidding for the guitar started at $1 million, but quickly escalated, with the instrument selling for $6,010,000 -- a figure Julien's Auctions said set "a new world record for a guitar."

"It's a big deal. I didn't even buy it for me. I paid for it but I'm going to use it to highlight the plight of artists worldwide by touring it around and then I'm going to sell it and use the dough for that as well, later," he told PA.

"The musicians and artists have supported my family since the 60s. We've been in that game forever so I've been very lucky with Rode and I've been able to give away lots of money, quite a few mill," he added.

Freedman said he had no limit on what he would have paid for the instrument, adding "I was going to get it (the guitar)."

Nirvana's popularity soared with their second album "Nevermind." Released in September 1991, the record had sold over 1 million copies in the US by the end of that year. In 1992, it reached the No.1 slot on the Billboard 200 -- and has spent 472 weeks on the chart.

"MTV Unplugged in New York" also reached No.1 soon after its release in 1994.