Kroger's stock is at a record high 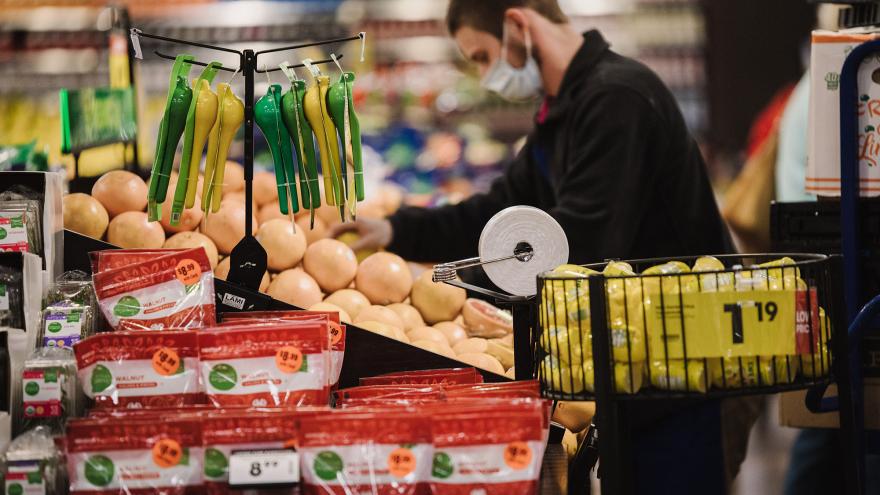 (CNN) -- Amazon, Walmart and Target have stepped up their games in the grocery business. So it may come as a surprise that shares of traditional supermarket chain Kroger are up nearly 50% this year and trading at an all-time high.

Kroger, like other food retailers, has been a major beneficiary of the work-from-home Covid-19 economy of the past year and a half. The supermarket giant, in addition to its namesake chain, also owns Dillons, Fred Meyer, Harris Teeter, Ralphs and numerous other regional grocers.

But Kroger faces many challenges in addition to big competitors like Amazon, Walmart and Target, including Albertsons, which owns Safeway, as well as European discount giants Aldi and Ahold Delhaize, the parent company of Stop & Shop.

There's also the prospect of more competition from Instacart, the buzzy online grocery shopping company that is expected to soon go public. Kroger is an Instacart partner. But it also has a deal with Target-owned rival service Shipt as well as its own delivery service.

Kroger might be too pricey for investors' shopping carts

That's why some analysts are worried that Kroger's stock price may be starting to look about as unappetizing as an overripe banana.

Sales growth is expected to be flat this fiscal year and next. Analysts are also forecasting a drop in earnings per share this year and a slight decline next year.

The big grocery shopping boom could be coming to an end as more vaccinated American consumers look to venture back out in the world and eat at restaurants -- Delta variant fears notwithstanding.

Gutman added that Kroger "is no longer taking outsized market share, and in fact has ceded essentially all the share it gained earlier in the pandemic."

Given how far the stock has already run, analysts think there are better opportunities with other supermarket stocks.

"Considering what appears to be a reasonable valuation, we see little upside," said R5 Capital analyst Scott Mushkin about Kroger in a report earlier this year. Mushkin said that organic supermarket chain Sprouts Farmers Market looks like a better buy.

In fact, most analysts are predicting a drop in Kroger's stock price. According to estimates compiled by Refinitiv, the consensus target price for Kroger shares is just under $39 — about 17% below its current price of around $47.

Only six Wall Street analysts have Kroger shares rated as a "buy" while another six are recommending it as a "sell." The remaining seventeen analysts who follow Kroger have a lukewarm "hold" on the stock.

Still, Kroger has one very important investor backing the company who has grown increasingly bullish on the stock: Warren Buffett. The Oracle of Omaha's Berkshire Hathaway is now the second largest investor in Kroger, trailing only mutual fund giant Vanguard.

Berkshire Hathaway owns nearly 62 million shares of Kroger, a more than 8% stake in the company. And Buffett's firm increased its stake in Kroger during the second quarter, scooping up more than 10 million shares.