North Koreans and their families in the US have waited 70 years for a reunion. Their time is running out 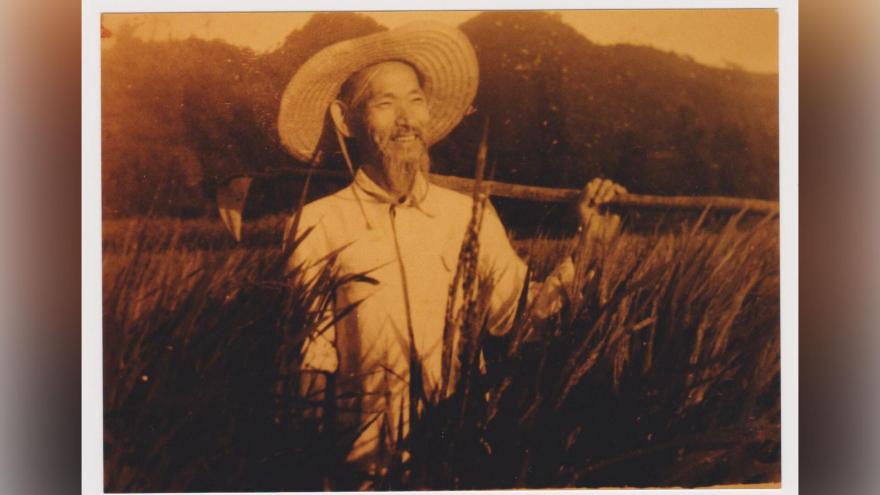 An undated photo of Sang Moon is seen. He was separated from his wife and most of his children in 1945 when they left Manchuria for South Korea. He died in 1974, his daughter says.

The weight of this unprecedented encounter in 2018 was beyond political for the then 89-year-old woman. It made her confront the pain caused by being separated from her seven younger siblings who live in North Korea.

"I think she started realizing that she had very little time, and it was always kind of something that ate away at her," Roh, 30, said of her grandmother, Sinok Koh, who left the country when she was 19.

New legislation passed last week by the House of Representatives could help reunite thousands of Korean American families who have not been able to see or contact their relatives in North Korea since the Korean War began more than 70 years ago. Huge obstacles remain, but the bill offers new hope to families who have witnessed little progress over the past couple of decades and now, many fear their loved ones won't get closure in their lifetime.

Growing up in Connecticut, Roh's grandmother would pick him and his brother up from school, take them to fencing or drums classes and cook dinner for them while his parents were working. Her endless love and dedication to her family, Roh says, matched the taste of her homemade kimchi and the marinating of her kalbi.

Her life revolved around her children and grandchildren -- but she rarely talked about her life in North Korea, Roh says. In the past few years, Koh began opening up more about her teenage years and showed interest in the idea of reuniting with her family. That led Roh, a student at Harvard Law School, to work with Divided Families USA, a group dedicated to providing closure for elderly Korean Americans separated from family members in North Korea.

The group has maintained a registry of families impacted for the past several years with the help of community members across the country. Volunteers tasked with updating the registry earlier this year made contact with about 50 families in cities like New York, Chicago, Los Angeles and Seattle, said Paul Kyumin Lee, the group's president.

Lee believes there are many other elderly Korean Americans who may not be part of the registry. US officials have previously estimated that 100,000 people may be impacted by the separations, but Lee says those figures are not accurate anymore because many of those people have passed away.

While North and South Korea have facilitated more than 20 opportunities for family reunions in the past, there is no official channel to connect Korean Americans with their relatives in North Korea.

"There's no way of even trying to find out what happened to their families," Lee says.

Last week, the House of Representatives unanimously passed the Divided Families Reunification Act, which urges the State Department to consult with the South Korean government on how to arrange reunions for Korean Americans and their North Korean families, including by video. It also requires the department's special envoy on North Korean human rights to work with the Korean American community to identify those same opportunities.

The legislation is now in the Senate, where it has been referred to the Committee on Foreign Relations.

A State Department spokesperson told CNN the US is concerned about the tragic separation of Korean Americans from their family members in North Korea, and said the US has raised the issue of separated Korean American families with the North Korean government and is engaged with South Korea and Japan in close coordination on this issue.

Democratic Rep. Grace Meng of New York, the lead sponsor of the bill, said in a statement that the legislation was critical because many of the people impacted are now in their 70s, 80s and 90s.

"It's truly heartbreaking that so many have not seen or spoken with their loved ones in decades and we should do all we can to facilitate these reunions," Meng said in a video posted on Twitter.

Chahee Lee Stanfield was four years old when her mother and most of her siblings left Manchuria for South Korea in 1945, thinking her father and one of her brothers would stay behind to farm their land only for a few weeks.

The 80-year-old retired librarian has not seen them since then and what happened to them remained a mystery for several decades.

Years after Stanfield moved to the US for college in 1968, she learned about the many Korean Americans who had been separated from their families in North Korea since the aftermath of the Korean War. By 1988, she realized that she was one of them.

Stanfield's father and her brother, Oong Hee, had moved to North Korea in 1950. Her father, Sang Moon, ran marathons and became an well-known inspirational speaker, all while trying to reach the rest of their family in South Korea through newspapers, she says.

But he passed away before she would learn any of that, Stanfield says. She believes her brother is still alive.

For more than 20 years, Stanfield has urged federal officials to facilitate reunions for divided families and founded Divided Families USA, formerly known as the National Coalition for the Divided Families.

She has lobbied in favor of several pieces of legislation, including some that were introduced and passed during the Bush and Obama administrations but Korean Americans continue waiting for the day they can be part of a reunion.

While Stanfield tries to remain hopeful, she says those reunions may need to be virtual due to the advanced age and health conditions of many of impacted families.

"We are at the very end of our lives. Our worst enemy is time," Stanfield said.

The time for something to be done is passing quickly

"The most urgent thing in my view is that we have to help provide closure by helping record their stories to the next generation and their family members in North Korea so that one day, we can deliver their messages or letters to them or even their descendants in North Korea," Lee says.

Many of those divided family members are older, suffer multiple health conditions, live in nursing homes or are living under the care of their adult children, Lee and Roh say.

As part of his work with Divided Families USA, Roh, who is now the group's vice president, spends hours contacting families impacted to update or grow the group's registry.

"Every line on this register that we have has a story, a story of family separation, of pain from the Korean War," Roh says. "These people feel disenfranchised and they feel very hopeless."

In recent weeks, Roh had to do something that he wishes no other Korean American families waiting for the reunions have to do.

He said goodbye to his grandmother.

Koh was 93 years old when she passed away at Connecticut Hospice in Brandford, Connecticut. She suffered congestive heart failure, which led to her health decline.

As Roh continues mourning his grandmother, he says it pains him to think that someone who devoted her entire life to serving her family and the prosperity of her children, spent her last years not knowing where her family was, whether any of them are still alive and how are they doing.