Kohl's tried striking a deal with Amazon -- it wasn't enough 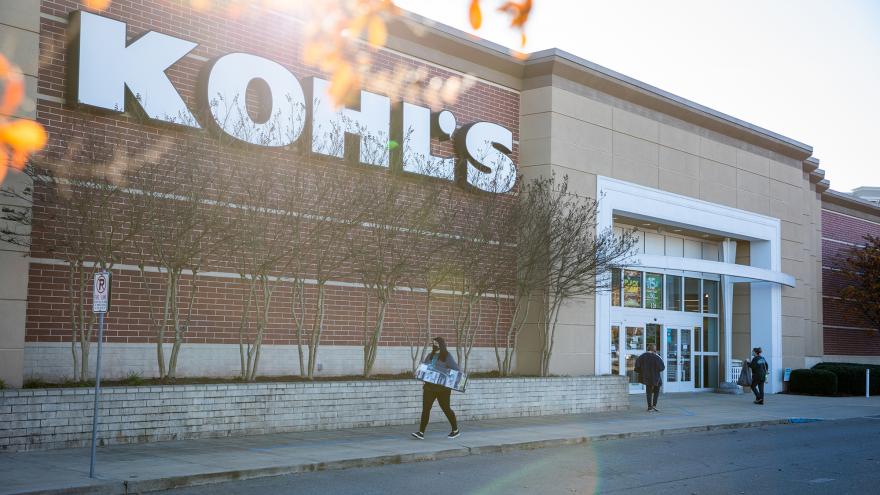 (CNN) -- When Michelle Gass took over as Kohl's CEO in 2018, she tried getting creative to bring more shoppers into stores.

The company had just struck a deal with Amazon the previous year to allow customers to bring their returns to select Kohl's locations. The hope was that the deal would attract younger consumers who would then stick around and shop. Kohl's expanded the partnership to every store during Gass's tenure, and she said in November that it was "pleased" with the program.

Kohl's has attempted several new other approaches to draw customers in recent years, including expanding its sportswear assortment and leasing out space at a handful of stores to Planet Fitness and Aldi.

Such efforts haven't been enough to fend off activist investors, who now want to shake things up.

An activist group, which includes Macellum Advisors, Ancora Holdings, Legion Partners Asset Management and 4010 Capital LLC, said Monday that it has taken a 9.5% stake in Kohl's and has nominated nine new members to its board of directors. The news, first reported by the Wall Street Journal, sent Kohl's shares up 8% in Monday trading.

Their efforts come as traditional department stores have been squeezed in recent years by Amazon and online brands, big box stores such as Target and discount clothing chains like TJMaxx. The pandemic forced department stores to close temporarily and has impacted foot traffic at stores. JCPenney and Neiman Marcus filed for bankruptcy in May.

The activist group has had some success in the past. In 2019, it made a similar push at Bed Bath & Beyond. That chain revamped its board and installed a new CEO in response.

The group said in a 27-page letter to Kohl's investors Monday that it is pushing for changes at Kohl's because the department store chain's stock price has "chronically underperformed" against competitors. Over the past decade, Kohl's has lost market share, sales have stagnated and profit margins have shrank, the group noted.

These issues began before the pandemic, the group said. Kohl's operating margin fell from 11.5% in 2011 to 6.1% in 2019, while sales flatlined during the stretch. The group pointed to "repetitive and over-assorted" merchandise, "disappointing new brand launches" and "private label failure" for contributing to Kohl's sluggish sales. It also said the deal with Amazon was "costly" for Kohl's and that Kohl's has not shared "detailed information about the program" with investors.

A Kohl's spokesperson said in a statement that the company has been in talks with the investor group since December and "remain open to hearing new ideas." The company said it was confident that a new strategy, outlined in October, will "accelerate growth and profitability."

The strategy calls for Kohl's to expand its activewear and outdoor merchandise selection, build a larger beauty business and improve its women's clothingbusiness. Kohl's said since the strategy was announced, seven Wall Street analysts have upgraded its stock and its stock price has grown more than 150%.