Kohl's says it's no longer a department store 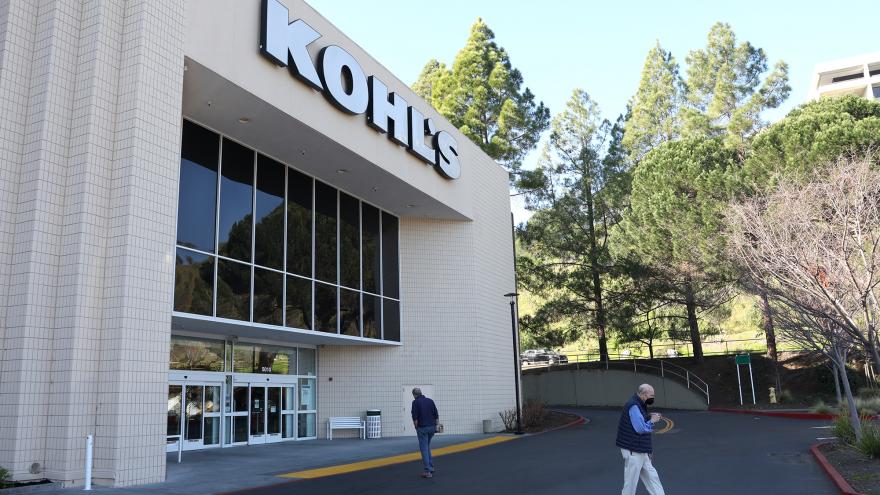 (CNN) -- Kohl's is under intense pressure from Wall Street raiders and up against stiff competition from Amazon, Target and others. Now it's hoping that overhauling its brand image can beat back those threats.

Kohl's announced plans Monday to add Sephora mini-shops to roughly 75% of its 1,100 US stores, open 100 new locations at half the size of its traditional outlets in the next four years and increase its popular Kohl's Cash rewards program to 7.5% on purchases, up from 5%. Kohl's also unveiled new strategies to grow online, including self-service for pickup orders and returns.

The approaches are part of a larger attempt to change how consumers see the Kohl's brand amid a department store sector that's been in decline for years. Traditional chains such as Sears, JCPenney and others have been forced into bankruptcy, prompting Kohl's to search for new ways to connect with shoppers.

Kohl's has lost 17% of its market share since 2011, primarily to discount stores such as TJ Maxx, Amazon and rival clothing brands, according to UBS analyst Jay Sole.

"We're evolving our position from a department store to a more focused lifestyle concept centered around the active and casual lifestyle," Kohl's CEO Michelle Gass said in a presentation to investors Monday.

Consumers were dressing down long before the pandemic hit, ditching traditional office wear for denim and sneakers, and Kohl's had been expanding its selection of activewear and casual brands in response. Remote work during the pandemic sped up this wardrobe trend.

Kohl's believes it has an opportunity to reinvent itself as a leader in this growing market, and plans to add more fitness, athleisure and denim goods. "This creates big opportunities for Kohl's. We expect these trends will live on well into the future," Gass added.

Wall Street isn't convinced Kohl's can pull it off. Shares tumbled 13% Monday and were flat in Tuesday morning trading.

Activist investors on Wall Street have been circling Kohl's for months, arguing that the chain has underperformed competitors and should consider spinning off its e-commerce business or going private.

Kohl's has so far rejected calls for a spinoff or seeking a buyout offer. The company is betting that this new approach can keep activists at bay. "We are a strong company," Gass said. "We're reinventing the brand to be more relevant."