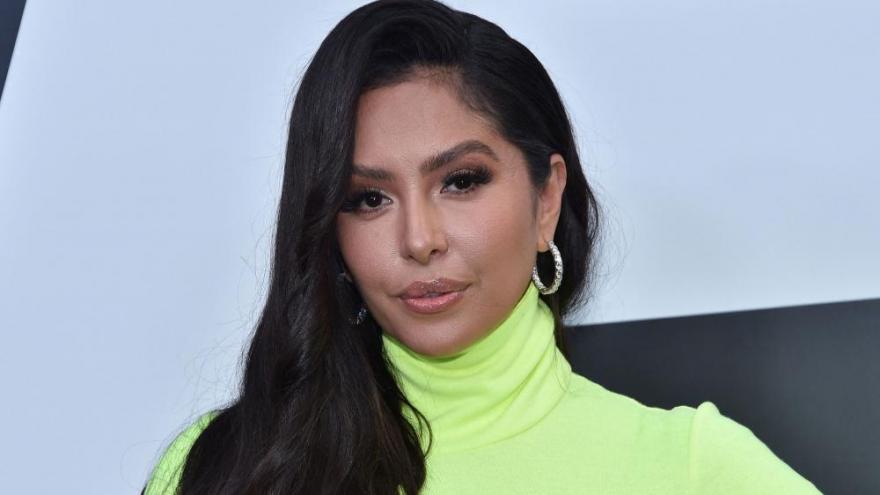 (CNN) -- Vanessa Bryant wants a judge to punish Los Angeles County officials for destroying photos of Kobe Bryant's helicopter crash that were allegedly shared, according to court papers filed by her lawyers.

"Law enforcement officials whose job is to investigate wrongdoing know that the first step in investigating a complaint is to preserve evidence and that destroying evidence is improper," said the motion, filed on Monday. "Yet that is exactly what Sheriff (Alex) Villanueva himself ordered Department personnel to do after the Department received a citizen's complaint that a Sheriff's deputy was showing photos of the crash site at a bar in Norwalk. That order was highly irregular -- unprecedented in deputies' experience -- and out of the chain of command."

Photos of the January 2020 helicopter crash that killed the NBA legend, his daughter, and seven others, were allegedly shared with people outside of the investigation. In March 2020, L.A. County Sheriff Villanueva said all of those photos had been deleted. Bryant is suing the county over the alleged photo sharing claiming emotional distress, and a violation of privacy.

"In these circumstances, it is simply unfair to let Defendants argue that the photos were contained and that the risk of trauma is illusory," said Bryant's lawyers in a motion filed Tuesday. Lawyers request summary judgment, trial, and an order precluding defendants from arguing that the photos were not spread electronically.

"While the County continues to have the deepest sympathy for the grief Ms. Bryant has suffered, the request by her lawyers for sanctions is an attempt to distract attention from the fact that none of the routine investigative photos taken by County employees have ever been publicly disseminated," said Skip Miller, partner of the Miller Barondess law firm and outside counsel for L.A. County.

The matter is expected to be discussed on November 29 in Los Angeles.