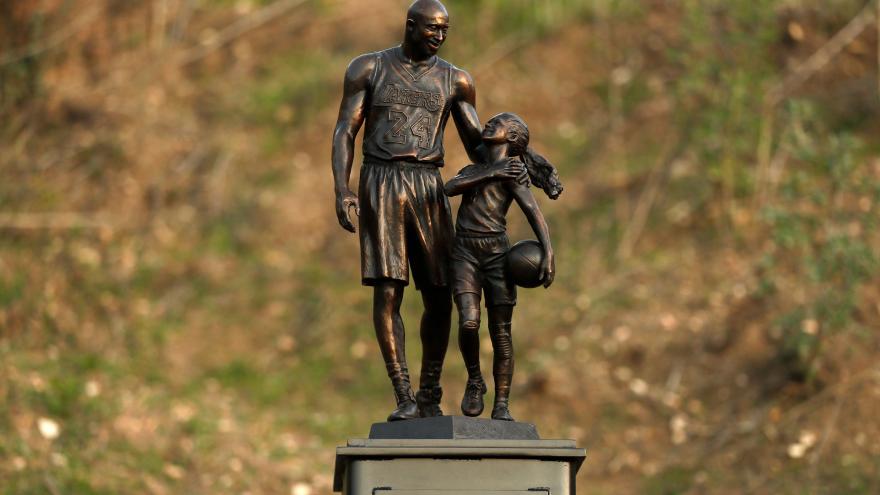 (CNN) -- A bronze statue of NBA legend Kobe Bryant and his daughter Gianna was placed Wednesday at the crash site in Calabasas, California, where the Bryants and seven others were killed.

Wednesday marked two years since the helicopter crash, which was determined by federal investigators as having been caused by pilot disorientation due to foggy conditions.

The base of the statue has the names of all nine crash victims inscribed on a plaque. 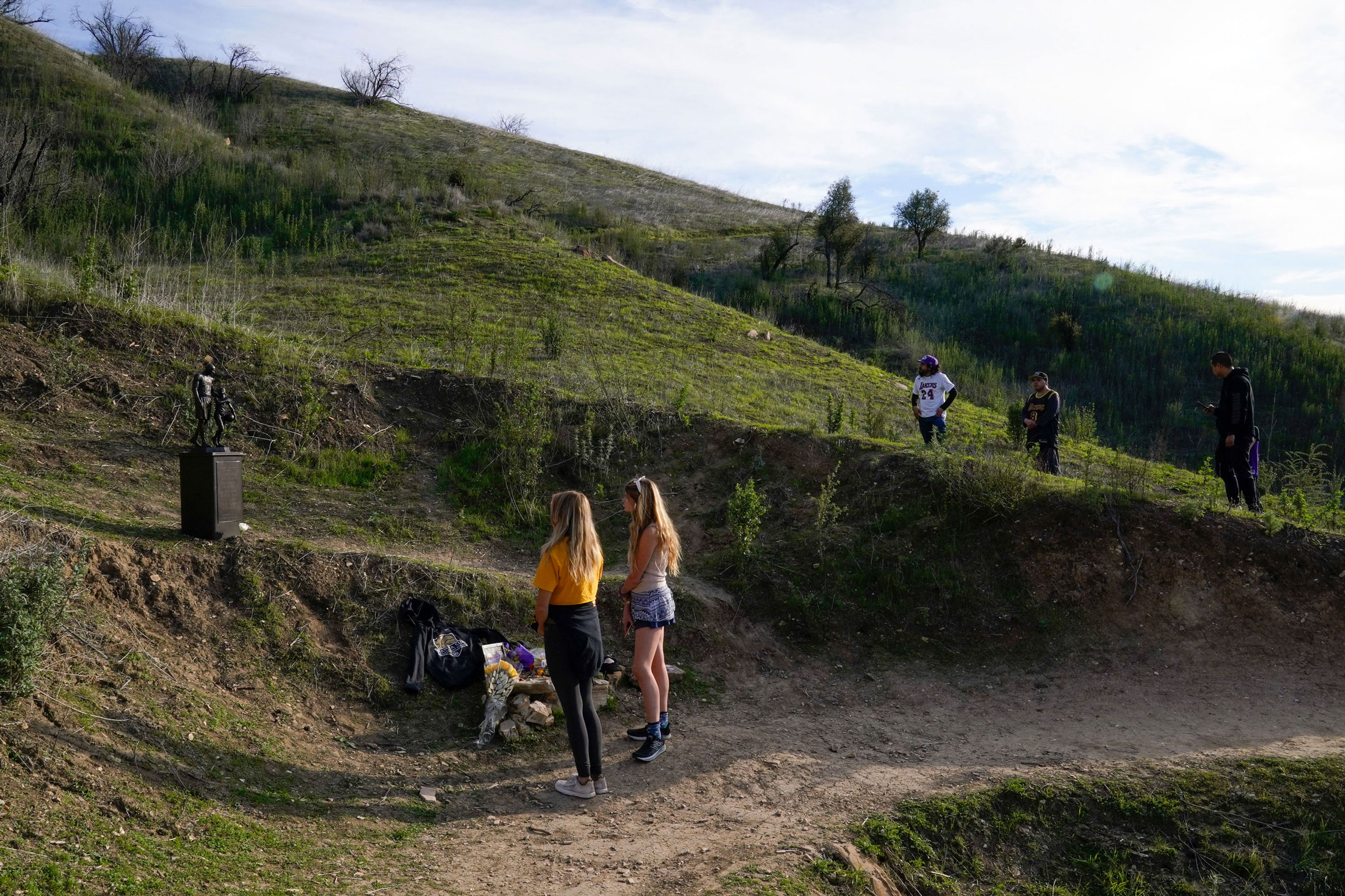 Medina told CNN affiliate KABC the statue would remain at the site temporarily. CNN has reached out to Medina for additional comment.

A lawsuit related to the crash is set to go to trial soon as lawyers for Vanessa Bryant -- Kobe's wife and Gianna's mother -- allege photos of the area following the crash, including images of those who died, were shared widely amongst police and fire employees. The trial is to begin on February 22.