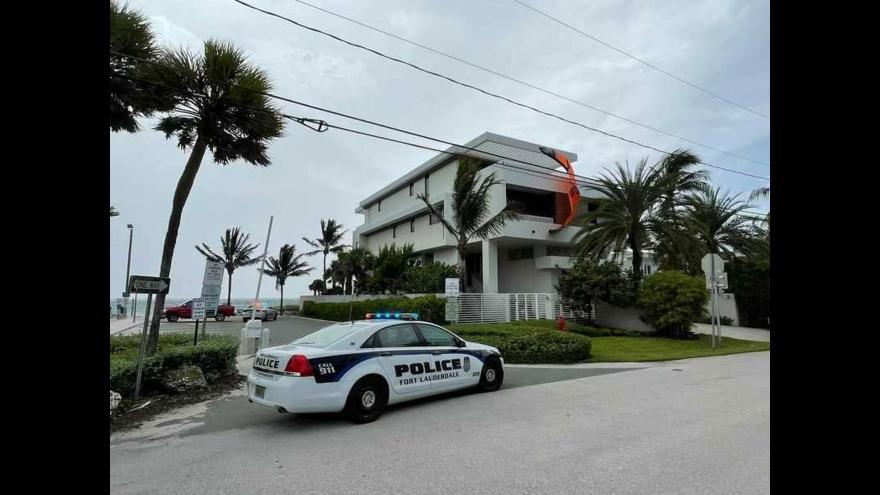 The kite surfer crashed into the north side of the home, a fire rescue official said.

The man, who was in his 50s, was transported to a hospital in critical condition but died from his injuries just after 1 p.m. ET, Gollan said.

Fire rescue crews were dispatched to the home around 10 a.m. after reports that a man "had flown into the side of a residence," Gollan said.

A bystander told fire rescue crews the man had launched from a beach a couple of homes down before striking the north side of the home, according to Gollan.

The man's orange kite was still draped over the home's balconies while rescue crews were at the scene.

Crews "experienced heavy winds and a strong thunderstorm" that moved quickly into the area around the time of the incident, Gollan added.