Kim Kardashian 'did not damage' Marilyn Monroe's dress, according to Ripley's 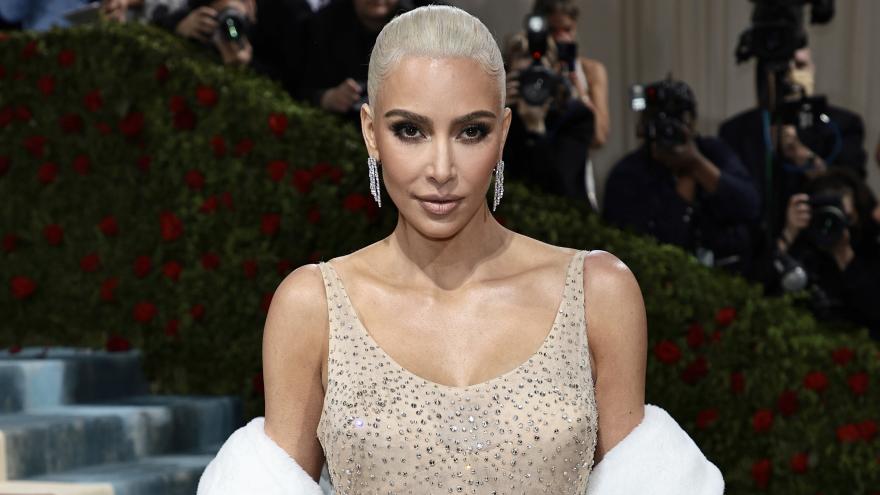 That's according toRipley's Believe It Or Not!, which owns Monroe's dress and lent it to Kardashian for the May event. The museum and events franchise said in a statement Thursday that despite claims otherwise, Kardashian "did not, in any way, damage the garment in the short amount of time it was worn at the Met Gala."

The response comes after images allegedly showing some damage to the back of the crystal-covered dress were circulated on social media earlier in the week.

Amanda Joiner, Ripley's VP of publishing and licensing, accompanied the dress as it was transported from Florida to New York and also while Kardashian was wearing it. She said the condition of the gown remained the same "from the bottom of the Met steps, where Kim got into the dress, to the top where it was returned."

Ripley's saidthe dress was slightly damaged at the time the company acquired it through auction in 2016, with "a number of the seams pulled and worn'' and "puckering at the back by the hooks and eyes."

Monroe made the glittering dress famous when she wore it to sing "Happy Birthday" to US President John F. Kennedy in 1962. Created 60 years ago by Hollywood designer Jean Louis, with help from Bob Mackie, the dress was loaned to Kardashian for the Met Gala, with the agreement that no alterations were allowed to be made.Kardashian wore the dress for a few minutes, posing for red carpet photos, before changing into a replica for the rest of the event.

Kardashian's decision to wear the piece swiftly sparked criticism from heritage industry bodies, including the International Council of Museums (ICOM).

"Historic garments should not be worn by anybody, public or private figures," the ICOM, an international governing body for heritage organizations, said in a statement last month.

"As museum professionals, we strongly recommend all museums to avoid lending historic garments to be worn, as they are artifacts of the material culture of its time, and they must be kept preserved for future generations.

"Although the dress belongs to a private collection, the heritage must be understood as belonging to humanity, regardless of which institution has custody of the property," the ICOM added.

The gown is now on exhibit at Ripley's Believe It or Not! Hollywood location through the fall.