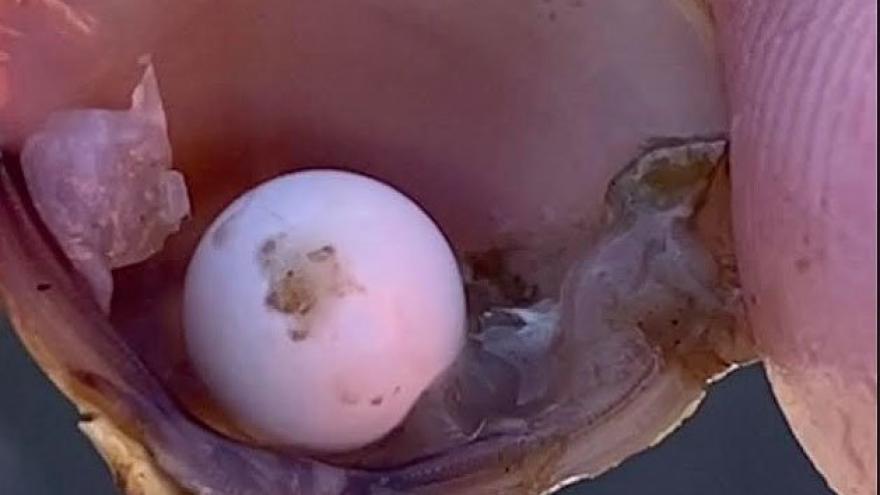 MARYLAND (WJZ) -- A group of middle schoolers made a surprising discovery while "enjoying the outdoors" at river in northern Maryland over the weekend. The kids were exploring Winters Run, a 14-mile river in Harford County, when they opened a clam and found a pearl inside, the Maryland Department of Natural Resources said on Sunday.

Corbicula clams, like the one seen in Winters Run, are part of an invasive species that does not originate in Maryland but has been found there before. The mollusks are also called Asian clams or golden clams, and can live "on the muddy or sandy bottoms" of lakes and streams, according to the Maryland State Archives.

"Like all clams, it has the capacity to produce pearls," the department of natural resources wrote in posts announcing the kids' "cool find" on social media. "This is obviously very rare, so these kids got lucky!"

Native to Asia, Africa and Australia, Corbicula clams were initially seen in the U.S. in the 1930s, according to the U.S. Department of Agriculture. The clams were found in Washington state at the time, and the department said they may have first arrived as imported food. Today, their presence is "widespread" throughout the country, and they can reproduce in large quantities that have been known to clog pipes and waterways. The clams typically have an outer shell that is yellow-green in color with white spots, and an inner shell that is purple.