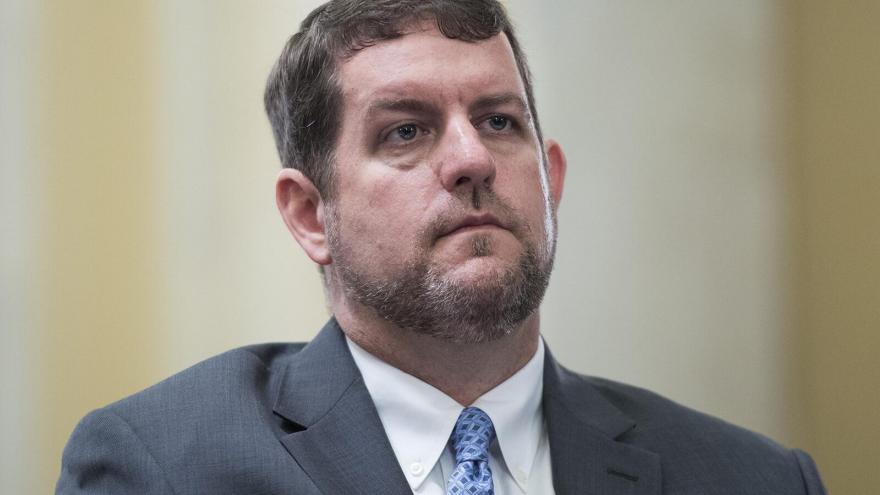 (CNN) -- A top elections deputy to former Cybersecurity and Infrastructure Security Agency Director Chris Krebs followed his former boss out the door in a previously announced departure on Friday.

"I leave w/ absolute confidence the @CISAgov team will build on the success we had," Masterson tweeted. "They are the reason for the incredible progress we made, have the trust of the election community & will do everything they can to ensure the next election is even more secure & resilient."

Masterson ended his thread repeating what Krebs wrote -- spelling mistake and all -- when he was fired by Trump in November: "Honored to serve. We did it right. Defend Today, Secure Tomrorow. #Protect2020"

"Most will never know the effort you put into the #Protect2020 campaign," Krebs wrote. "Thank you for your service, you did it right, my friend. #CantHackPaper"

The Wall Street Journal reported last week that Masterson is heading to the Stanford Internet Observatory.

President Donald Trump fired Krebs by tweet on November 17, the culmination of two weeks of Krebs and CISA debunking false claims by the President and his supporters about the election. CISA has continued to push back since Krebs was fired, with more posts on its "Rumor Control" page disputing claims about ballots being destroyed and voting systems being manipulated.

Krebs has personally been a target of some Trump allies, and is suing the Trump campaign -- and a lawyer working with the campaign to overturn the results of the election -- accusing them of defamation.

Trump campaign lawyer Joe diGenova issued a call for violence against Krebs last month during an appearance on Newsmax's "The Howie Carr Show," calling for Krebs to be "drawn and quartered" and "taken out at dawn and shot."