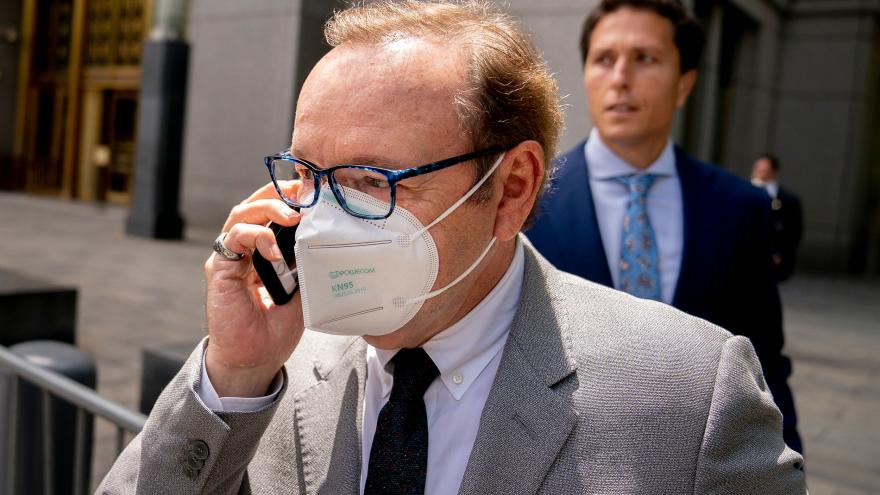 (CNN) -- Kevin Spacey must face a federal lawsuit accusing him of sexual abuse in a New York federal court, a judge ruled Monday.

The lawsuit, filed by actor Anthony Rapp, accuses Spacey of assault, battery and intentionally inflicting emotional distress. The suit accuses Spacey of groping Rapp's buttocks in 1986, when Rapp was 14, and says Spacey placed the then-teen on a bed and put his body partially on top of Rapp.

At Rapp's deposition, he testified that there was "no kissing, no undressing, no reaching under clothes, and no sexualized statements or innuendo," and that the incident took no more than two minutes, according to US District Judge Lewis Kaplan's order Monday.

Kaplan said there is "a genuine issue of material fact" as to whether Spacey, whose legal name is Kevin Spacey Fowler, engaged in forcible touching of Rapp's "intimate parts." Kaplan ruled that Rapp can pursue his claims of battery and intentional infliction of emotional distress but not assault, due to statute of limitations restrictions.

Kaplan also denied Rapp's motion to send the case back to state court, where he originally filed his suit in 2020.

An attorney for Rapp had no comment. CNN has reached out to an attorney for Spacey for comment. In March, Spacey's attorneys said in a legal filing that Rapp's "allegations are, quite simply, false and never occurred."

Rapp was acting on Broadway when he says he met Spacey, he told Buzzfeed in 2017. They met at a post-show gathering and Spacey invited him to a party at his Manhattan apartment that was happening a few days later, the report says.

The trial for the civil suit is expected to begin in New York on October 4, according to court filings.

Spacey appeared in Manhattan federal court in May for an evidentiary hearing, the same day British authorities announced the actor is facing criminal charges -- four counts of sexual assault against three men. The charges cannot formally be applied until he enters England or Wales, a spokesperson for Britain's Crown Prosecution Service told CNN. An attorney for Spacey did not respond to CNN's request for comment on the British allegations.