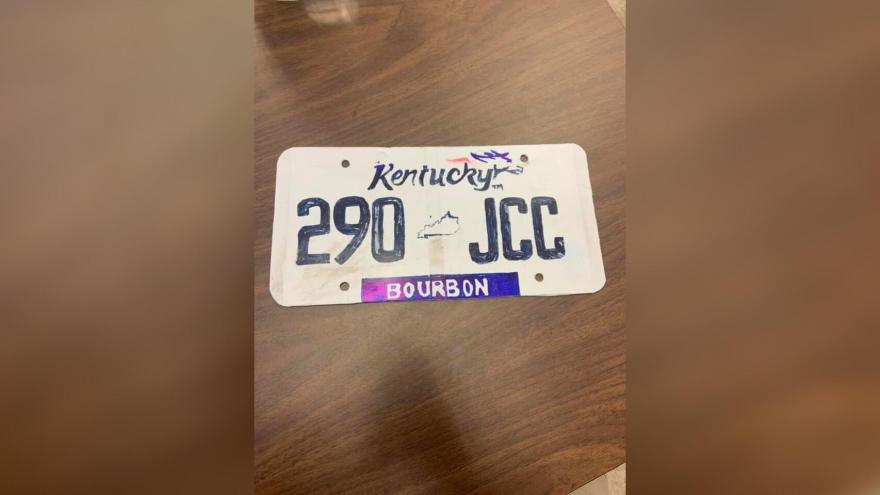 The DIY Kentucky tag was missing one key detail -- the registration sticker.

Millersburg Police Department officers conducted a traffic stop on September 2 after spotting a license plate that seemed a bit out of place, officials said.

From a distance, the homemade license plate looked somewhat like the real deal. Although marker strokes are visible, its numbers and letters are well-drawn and resemble the state plate.

But the tag was missing one key detail -- the registration sticker.

After further investigation, police determined that the vehicle driver had no insurance and was driving with a suspended license.

Police offered some sound advice for any drivers looking to test their drawing skills on their Facebook page.

Surprisingly this isn't the first time a driver has pulled this stunt. Last year, in California, a driver also tried to get away with a homemade license plate.

In that instance, Moorpark Police Senior Deputy David Anaya was helping a motorist on the side of the road when he saw a passing tractor trailer's fake license plate.

Not only were the plate's numbers crooked and different sizes, but the state's name was misspelled. The plate said "CALIFAS," which is Spanish slang for California.