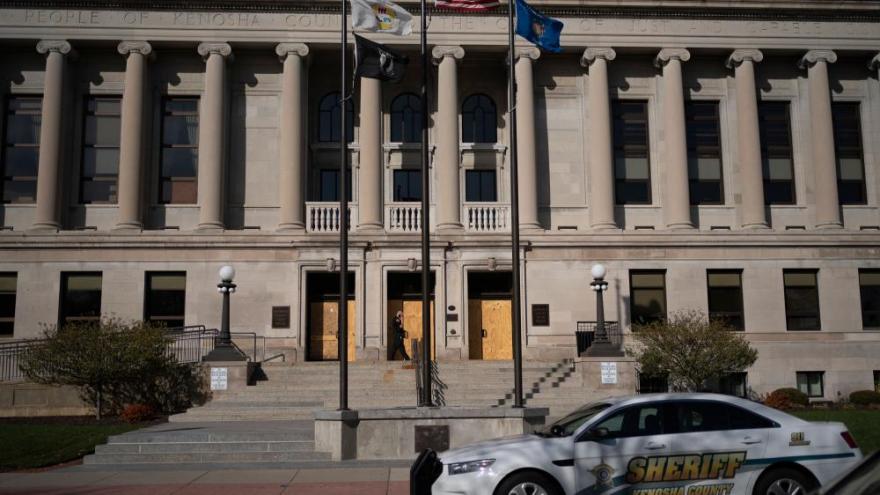 Kenosha County approved funding to pay for the 2021 budget, which includes new body cameras for the Sheriff's Office.

(CNN) -- Funding for body cameras for sheriff's deputies in Kenosha County, Wisconsin, has been approved by the county board.

The Kenosha County Board of Supervisors passed a bonding resolution on Thursday to fund the 2021 budget, including new body cameras for the sheriff's office.

The issue was raised after Jacob Blake, a 29-year-old unarmed man, was shot multiple times in the back by Kenosha police officers in August.

The shooting came as protestors continued to denounce police violence in several American cities, including the incidents that killed George Floyd and Breonna Taylor. Footage of the police shooting was posted on social media, sparking outrage and protest in the lakeside city between Chicago and Milwaukee.

At the time of the shooting, Kenosha Mayor John Antaramian said that the Kenosha Police Department did not have body cameras.

In 2017, the city council unanimously approved a measure calling for police to wear body cameras, but the purchase was postponed until 2022 due to a budget shortage -- leaving investigators lacking an important record of what occurred between Blake and the officers.

County board find the money

Earlier this month, the county board passed the 2021 budget, which included funding for body cameras. However, they failed to meet the 18-vote threshold on actually paying for the budget during the vote.

While it was suggested the board could pull money from the county's savings to pay for the cameras, the board was eventually decided to borrow money through municipal bonding, County Board Supervisor Gabe Nudo confirmed to CNN.

The 2021 Kenosha County budget lays out payments of $425,000 per year for the next five years toward body cameras in the Sheriff's Office, but Nudo says this vote only pays for the first payment of $425,000.

He said he worried the funding debate might come up again next year.