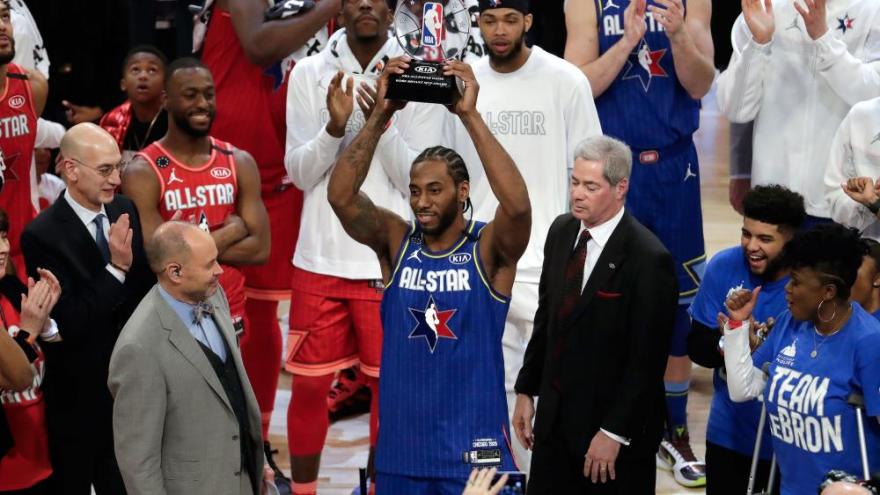 The MVP award for the NBA All-Star Game was renamed Saturday to honor the basketball legend. Bryant and his daughter, Gianna, were among nine people killed when their helicopter, headed to a youth basketball game, crashed on January 26.

"It means a lot to me. Words can't even explain," Leonard said. "I wanna thank Kobe for everything he's done for me. All the long talks and workouts, this one is for him."

Leonard was on Team LeBron, which defeated Team Giannis 157-155 with a game-winning free-throw from Anthony Davis. This was the first year the game was played to a target score. On Sunday, the winning team was the first to reach 157 points.

The winning team won $300,000 that will be donated to the nonprofit Chicago Scholars.

Rapper and producer Dr. Dre released a compilation video of Bryant prior to the game.

Singer Jennifer Hudson, decked out in purple, sang as pictures of Kobe faded in and out of the background.

The stage during Chance the Rapper's halftime performance turned into a basketball court with video clips of Bryant.

Chance performed "I Was A Rock," the same song he performed to honor Muhammad Ali during the 2016 ESPYs, according to Billboard.