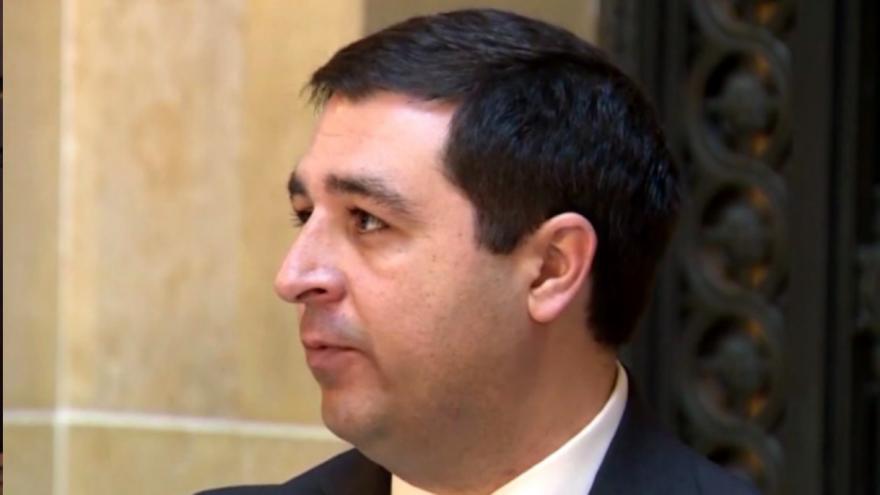 The proposal was developed by lawmakers, victims' rights advocates, members of law enforcement and others after years of discussion and criticism of the state's rape kit testing backlog. It would set new timelines and protocols for nurses, victims and members of law enforcement with the goal of preventing backlogs in the evidence that can be used to identify suspects in sexual assaults.

The Senate passed the bill in October, but it's languished in the Assembly even though a majority of its members have signed on as co-sponsors.

"I haven't heard from a single member of the Legislature who opposes this legislation," Kaul said at a Capitol news conference where he was joined by a woman who was sexually assaulted and others who work with victims. "There is no reason we shouldn't move forward with this."

But state Sen. Rob Cowles, the lead Senate sponsor, said Sanfelippo told him the bill will get a hearing and move forward.

"I'm reasonably optimistic this is going to go," Cowles said, noting that former Republican Attorney General Brad Schimel had also worked on the bill before Kaul defeated him in 2018. "We've got to get past the Rs and Ds and do something that increases the odds we catch these people."

Democratic Gov. Tony Evers has said he would sign the bill into law once it passes.

"This should be an embarrassment this bill has not passed," said Jacqueline Jaske, a rape survivor and an advocate for victims who joined Kaul at a Capitol news conference. "Is there anyone who opposes what this bill is all about?"

Wisconsin's rape kit testing backlog has been a hot political issue in the state for years. Victim advocate groups have been pushing since 2014 for states to analyze the kits in the hopes of identifying serial offenders. The sexual assault kits contain samples of fingernails, skin or other material collected by medical professionals that can be analyzed for DNA.

Kaul made the backlog a central issue in his 2018 race against Schimel, arguing he didn't do enough to complete testing on the kits.

Schimel secured a $4 million federal grant to start testing Wisconsin's kits in 2015 but the work didn't begin until 2017. Two months before the 2018 election Schimel announced that 4,100 kits had been tested. Kaul announced last month that testing had been completed on all 4,471 kits designated for analysis. The work has resulted in a dozen criminal cases so far.

The bill establishes requirements and timelines for health care professionals dealing with sexual assault victims. Under the bill, if the victim wants to report the sexual assault to law enforcement, the health care professional must notify police within 24 hours of collecting the kit. If the victim doesn't want to report it, the kit must still be sent to the crime lab for storage within 72 hours. It would be stored there for up to 10 years.

Once a law enforcement agency has been notified that a kit has been collected, it must take possession within 72 hours and send it to a state crime lab for testing within 14 days. The state Department of Justice also would be required to track the number and nature of offenses involving sexual assault kits.