Kathy Hochul will take over as New York governor 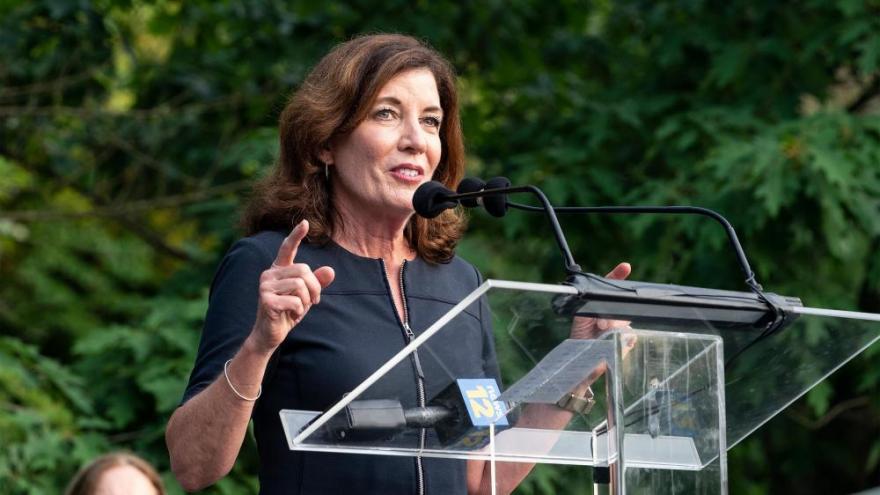 Hochul will become the state's first female governor and stands to inherit a political landscape that Cuomo dominated for more than a decade. She will also assume office at a time when New York is fighting a resurgent coronavirus pandemic and the fallout over Cuomo's departure.

"I agree with Governor Cuomo's decision to step down. It is the right thing to do and in the best interest of New Yorkers," Hochul tweeted Tuesday afternoon shortly after Cuomo's announcement. "As someone who has served at all levels of government and is next in the line of succession, I am prepared to lead as New York State's 57th Governor."

Hochul, 62, has served as Cuomo's lieutenant for nearly the last seven years. In the wake of the state attorney general's report last week, she denounced Cuomo's alleged behavior as "repulsive & unlawful," adding, "I believe these brave women & admire their courage coming forward."

In the report, New York Attorney General Letitia James concluded that Cuomo sexually harassed 11 women, engaging in "unwelcome and nonconsensual touching," and created a "hostile" work environment for women. Cuomo has denied some of the report's allegations while claiming that other aspects of his behavior detailed in the report were taken out of context.

As calls grew louder for Cuomo to resign, Hochul had been preparing herself to take over in Albany, a state official told CNN last week. She had cleared her schedule and took meetings with legislators and advocacy groups.

Cuomo on Tuesday praised Hochul as "smart and competent" and said the transition "must be seamless."

"Given the circumstances, the best way I can help now is if I step aside and let government get back to governing," he said. "We have a lot going on -- I'm very worried about the Delta variant, and so should you be. But she can come up to speed quickly and my resignation will be effective in 14 days."

A Buffalo native, Hochul was first elected lieutenant governor of New York in 2014 as Cuomo's running mate and won reelection alongside him in 2018.

She received national attention after winning a US House special election in 2011 for New York's 26th Congressional District, a seat that had been considered safe by Republicans who held the district. That race was to fill the seat of former Republican Rep. Chris Lee, who resigned after reports about pictures and emails of himself trying to find a date on Craigslist.

She also worked at M&T Bank, as an attorney for a Washington, DC, law firm, and as legal counsel and aide to two former New York Democratic politicians -- US Sen. Daniel Patrick Moynihan and US Rep. John Joseph LaFalce.

In 2006, Hochul, along with her mother and aunt, founded a transitional home in Buffalo for victims of domestic violence called the Kathleen Mary House. She told Politico in 2014 that her grandmother had been a victim of domestic abuse, which prompted her and her family's activism on the issue.