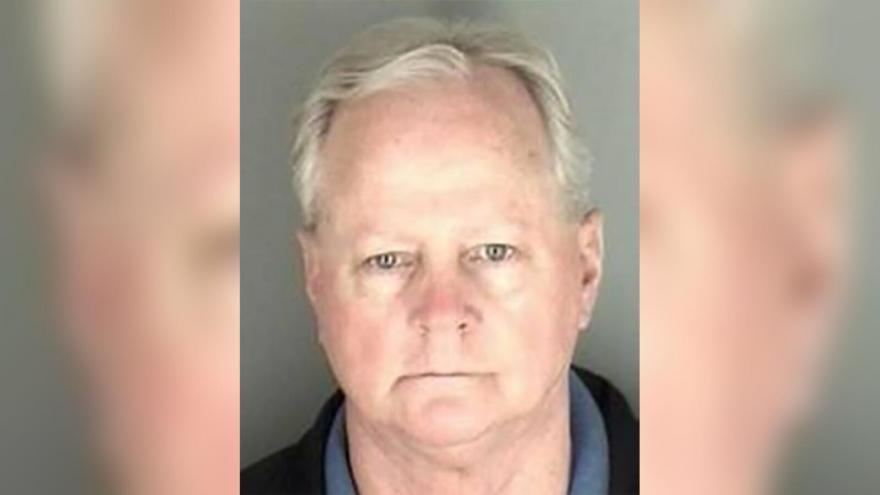 Kansas State Senate Majority leader Gene Suellentrop was arrested last month for allegedly speeding and driving the wrong way on a divided highway, called a police officer "donut boy," according to the affidavit of probable cause.

(CNN) -- The majority leader of the Kansas Senate, who was arrested last month for allegedly speeding and driving the wrong way on a divided highway, called a police officer, who tried to test his blood alcohol levels, "donut boy," according to the affidavit of probable cause.

The affidavit, which detailed the circumstances surrounding the arrest of Senator Gene Suellentrop, was obtained Thursday by CNN affiliate WIBW.

On March 16, police received several calls about a white SUV that was driving in the wrong direction on I-470 near the Burlingame Road exit in Topeka, according to the Office of the District Attorney, Third Judicial District of Kansas' news release.

Following the pursuit of Suellentrop's vehicle, once the car came to a complete stop, an officer exited his vehicle and gave the senator commands to shut off the car, according to the affidavit. Suellentrop did not respond to the commands and appeared confused and frightened with a "blank stare," according to the affidavit. He was also instructed twice to step out of the vehicle.

"While reaching into the vehicle I could smell the odor of an alcoholic beverage coming from inside the vehicle," read the affidavit.

Two Topeka police officers assisted the one officer with the "high-risk traffic stop." Suellentrop was then removed from the vehicle and transported for further testing as a standard field sobriety test was not conducted due to the stop location. Also, the safety of Suellentrop and the public was a concern, according to the affidavit.

"Walking to the Intoxilyzer room he struggled with keeping his balance and I had to hold him by the arm," read the affidavit. When requesting a breath sample, he declined, saying, "I don't feel the need to do so," the affidavit added.

A search warrant was submitted to obtain a blood sample and later approved. While the blood kit was being administered, Suellentrop's demeanor became "slightly aggressive in his tone." He stated he could "take me," read the affidavit.

While in the Intoxilyzer room, Suellentrop also said: "All for going the wrong way. Donut boy," according to the affidavit.

The blood results, according to the affidavit, were Ethyl alcohol 0.17 grams per 100 milliliters of blood, more than the legal limit for operating a vehicle, according to Kansas Highway Patrol.

Suellentrop was later admitted to Shawnee County Jail, where he was released into their custody, according to the affidavit.

"Suellentrop was subsequently released without bond later that morning when the Court found the arrest report was missing critical information," according to the Office of the District Attorney news release.

On March 26, Shawnee County District Attorney Mike Kagay announced he had filed criminal charges against Suellentrop, including for Eluding or Attempting to Elude Police (Level 9 Felony); Driving Under the Influence (Class 'B' Misdemeanor); Reckless Driving (Unclassified Misdemeanor); Driving the Wrong Way on a Divided Highway (Infraction); and Speeding (Infraction).

With the filing of the complaint, an arrest warrant was issued for Suellentrop on the afternoon of March 26.

"Suellentrop subsequently turned himself in at the Shawnee County Department of Corrections, just before 5:00 PM," the release said. His bond was set at $5,000.

Kansas Senate President Ty Masterson and Vice President Rick Wilborn released a joint statement saying, "There are many aspects of the alleged behavior that are deeply disappointing, and severe consequences will be unavoidable.

Suellentrop did not immediately respond to CNN's request for comment.