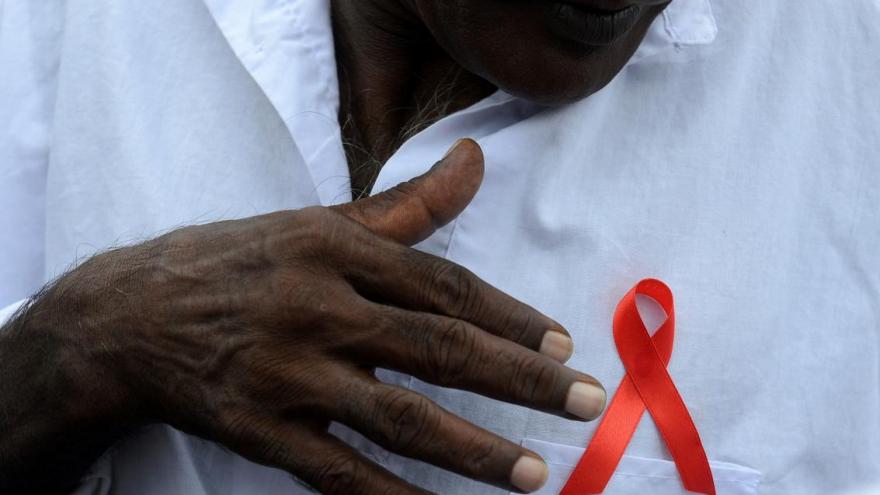 A man is suing a Kansas restaurant, claiming he was fired because he has HIV -- which would be a violation of the Americans with Disabilities Act.

(CNN) -- A man is suing a Kansas restaurant, claiming he was fired because he has HIV -- which would be a violation of the Americans with Disabilities Act.

Armando Gutierrez was a server at a Big Biscuit restaurant in Overland Park, Kansas, when he found out he had HIV in December 2018. Soon after, he asked his manager to sign a form so he could get HIV medication from a state program, according to the lawsuit filed in federal court.

A day later, Gutierrez was told he was being transferred to another location and would have to work Sundays, despite an agreement made when he was hired about a year earlier that he couldn't work that day because of "family commitments," the complaint says.

Gutierrez was fired when he told the restaurant he couldn't work that schedule, the lawsuit claims. The suit seeks back pay and damages.

Attempts by CNN to obtain a comment on the lawsuit from Big Biscuit's corporate headquarters were not immediately successful.

"Almost immediately upon learning of Plaintiff's medical diagnosis, management changed his schedule in such a way that it knew he could not continue to work," according to the lawsuit, which is claiming discrimination in violation of the Americans with Disabilities Act.

Gutierrez was given no warning, and in the year he had worked there, he "did well and management liked his work," according to the complaint.

Someone can't get HIV by eating food handled by someone with HIV, according to the US Centers for Disease Control and Prevention.

"Even if the food contained small amounts of HIV-infected blood or semen, exposure to the air, heat from cooking, and stomach acid would destroy the virus," according to the CDC.

The virus is transmitted only by certain bodily fluids, such as blood and semen, and mainly through sex or sharing needles, according to the CDC.

People with HIV have been protected from discrimination by the ADA since a Supreme Court ruling in 1998, according to HIV.gov, but the number of complaints filed each year suggests it's still happening.

"The ADA prohibits discrimination by employers, places of public accommodation, and state and local government entities," according to HIV.gov.

The Equal Employment Opportunity Commission said it received 195 claims of discrimination because of the infection last year, and the EEOC has itself brought lawsuits against employers for firing workers because they had the virus.

Gutierrez filed a complaint with the EEOC this year. The commission sent him a letter giving him the right to sue his former employer, according to the complaint.

Mark Dugan, one of Gutierrez's lawyers, told CNN that Gutierrez is still "angry and upset about the termination."

"He's obviously upset about his diagnosis and the fact that he lost his job because of it just exacerbated the problem," Gutierrez said.

Although much progress has been made in preventing and treating the virus since the AIDS crisis of the last century, about 1.1 million people in the United States were living with HIV at the end of 2016, according to the CDC, and almost 39,000 were diagnosed with it in 2017.

Correction: This story has been updated with the correct spelling of Mark Dugan's name.