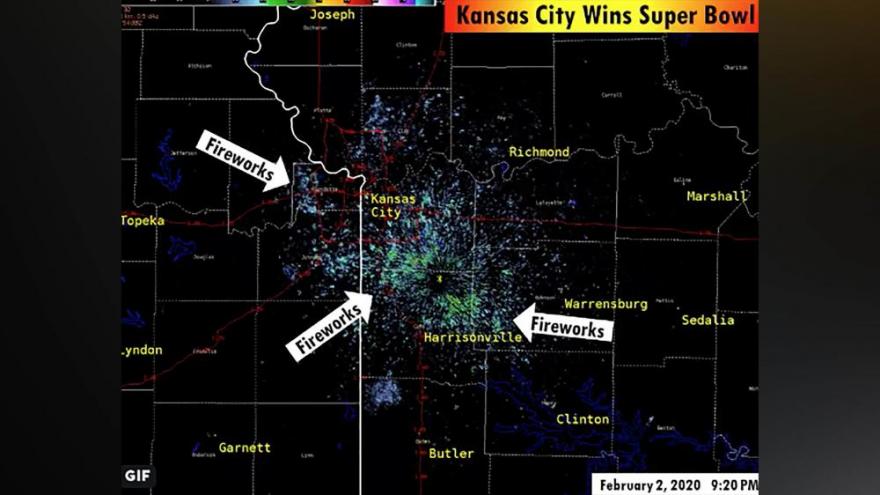 The National Weather Service's Kansas City office said the Chiefs victory fireworks could be seen on their radar.

(CNN) -- Fans in Kansas City have been waiting for 50 years for their Chiefs to win another Super Bowl, so they had a lot of celebrating to do after Sunday's come-from-behind win over the San Francisco 49ers.

And did they! Fireworks from those celebrations could be seen on weather radar, according to a tweet from the National Weather Service.

The fireworks could be seen as far South as Clinton and Butler, Missouri, which are about an hour's drive away from Arrowhead Stadium, where the Chiefs play their home games. They also spilled across the border into Kansas.

Karen Diaz lives in an apartment building near Kansas City's Union Station and says the party went on there long after she went to bed around midnight.

They launched fireworks from the roof of the building for about five minutes, she said.

There was no shortage of unofficial fireworks displays either, and some neighborhoods were covered with clouds of smoke.

There will be more chances for fans to celebrate their team. The city is planning to hold a victory parade on Wednesday.