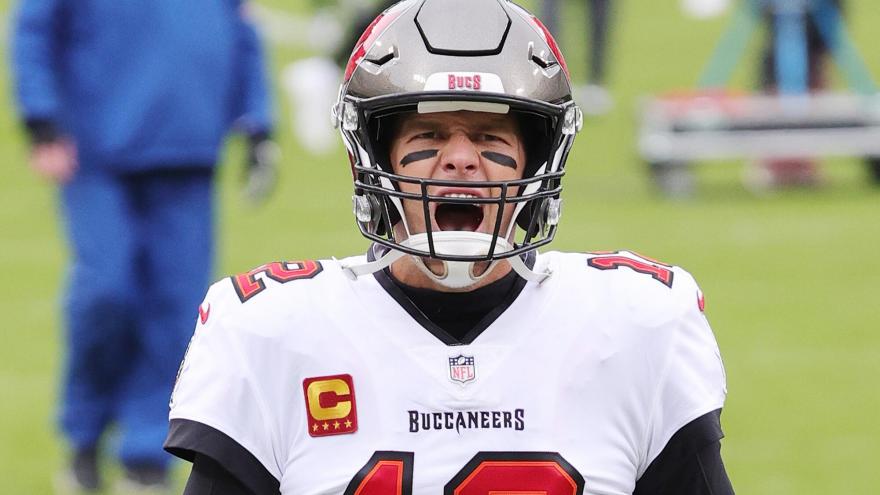 The Tampa Bay Buccaneers are headed to the Super Bowl after defeating the Green Bay Packers 31-26 in the NFC championship Sunday. Tampa Bay quarterback Tom Brady warms up before the game on Sunday in Green Bay, Wisconsin.

(CNN) -- The Kansas City Chiefs will be going head-to-head with the Tampa Bay Buccaneers in Super Bowl LV.

The game is set for February 7 at Raymond James Stadium in Tampa, Florida, meaning the Buccaneers will be the first team to play in a Super Bowl in their home stadium.

The Chiefs defeated the Buffalo Bills 38-24 in the AFC championship Sunday. It'll be the Chiefs' fourth trip to the Super Bowl in franchise history.

"The best thing about this team is we believe in each other," Chiefs quarterback Patrick Mahomes said. "I trust my guys over anybody and we're going to go out there and be who we are."

As quarterbacks, Mahomes and the Buccaneers' Tom Brady have each won one of the last two Super Bowls, respectively. Mahomes and the Chiefs won the Super Bowl last year against the San Francisco 49ers. Brady, who was throwing for the New England Patriots at the time, defeated the Los Angeles Rams in 2019.

Earlier Sunday, the Bucs beat the Green Bay Packers 31-26 in the NFC championship, earning them their second trip to the Super Bowl in franchise history. The first was in 2003 against the Oakland Raiders.

"Guys came through. Everyone stepped up to the challenge," Tom Brady said in a post-game interview. "Football's the ultimate team sport and everybody plays a role. I'm just so proud of this whole team."

Brady also made history Sunday. At 43 years old, he will be the oldest player to play in the Super Bowl.

This will be Brady's 10th trip to the big game. With the Patriots -- where Brady played for 20 years before signing with the Bucs last March -- Brady went to the Super Bowl nine times, leading the team to six wins, the most for any player in NFL history.

Should Brady win the big game in two weeks, he'll join Peyton Manning as one of two quarterbacks in NFL history to win Super Bowls on two different teams, according to the Buccaneers' website.