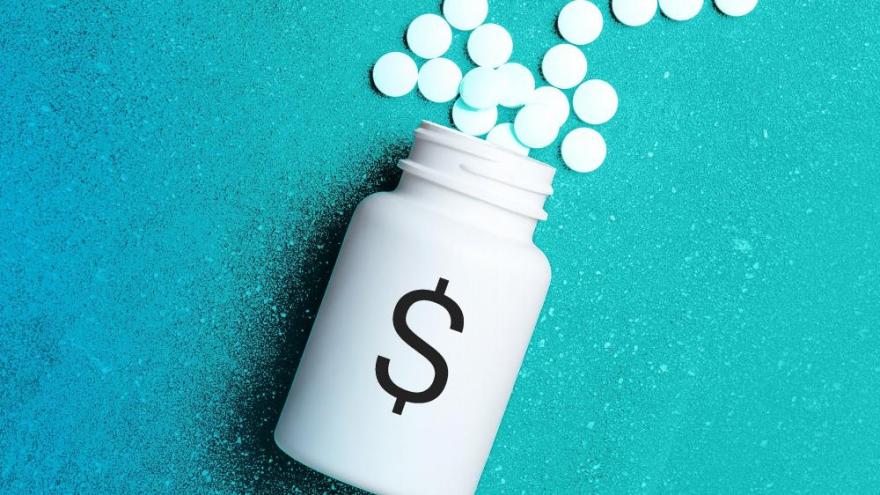 Democratic presidential candidate Kamala Harris unveiled a plan that authorizes the federal government to set the rates for certain prescription drugs as a way to lower prices.

(CNN) -- Democratic presidential candidate Kamala Harris unveiled a plan on Tuesday that authorizes the federal government to set the rates for certain prescription drugs as a way to lower prices.

The plan, titled "People Over Profit," has similar provisions to legislation rolled out earlier this year by fellow Democratic presidential candidate Sen. Bernie Sanders of Vermont -- which Harris co-sponsored -- and to a plan President Donald Trump announced in 2018 that would allow Medicare to set the reimbursement level for certain drugs.

High drug prices are in the spotlight, with candidates, Trump and lawmakers from both parties aiming to lower costs.

Harris' plan also contains provisions that have become popular with other politicians, including importing drugs from Canada and penalizing drug makers for raising prices faster than inflation.

Under the proposal, the Department of Health and Human Services would set a "fair price" for any drug that is sold for a cheaper price in an economically comparable country -- the plan cites the United Kingdom, France, Germany, Japan and Australia as examples -- or when a company hikes its price by more than inflation.

The plan also slaps a tax of 100% on all profits drug makers earn from selling a drug above the fair price. These funds will ultimately go to consumers, either at the pharmacy counter or through rebates. And Harris would end the tax loophole pharmaceutical companies receive for direct-to-consumer advertising expenses.

"As President, I will not stand idly by as Americans pay thousands of dollars for prescription drugs while big pharmaceutical companies rake in massive profits," Harris said in a statement. "This plan puts people over profit by forcing these companies to reduce prices for consumers and holding them accountable when they gouge Americans."

New York Sen. Kirsten Gillibrand has also released a plan aimed at curbing the price of prescription drugs. Gillibrand, as president, would create a "Pharma Czar" and prosecute companies for price gouging.

Harris' plan also outlines how, if Congress is unable to pass this proposal in her first 100 days in office, she -- as president -- would use executive actions to launch an investigation into drug makers who are selling medications at lower prices in comparable developed countries or are increasing their prices faster than inflation. Throughout her campaign, Harris has promised to use executive orders as president if Congress won't work with her on different priorities, including on changes to gun and immigration policies.

These firms could face having alternative medications imported from Canada or other countries or have the Department of Justice launch an investigation. In the most "egregious" cases of "price-gouging patients," the plan says Harris will use the 1980 Bayh-Dole Act to license patented drugs to a lower-cost competitor.

This plan, should it be implemented, would be extremely controversial with pharmaceutical companies, who have used their influence in the past to knock down efforts to interfere with their business. Last week, a federal judge sided with three drug makers and voided a Trump administration regulation requiring the industry to include list prices in their TV ads.

This would not be a new fight for Harris, who often mentions her efforts as attorney general of California to win back money for consumers from pharmaceutical companies on the campaign trail.

Harris, as attorney general, won $46 million for California from GlaxoSmithKline for illegal marketing, $89 million from Johnson & Johnson for unlawful marketing practices and $23 million from McKesson for inflating drug prices.

By going after prescription drug prices, Harris is looking to tackle a key portion of the health care debate, something many voters have said is the most pressing issue at stake in the 2020 election.

But Harris, according to a CNN poll released earlier this month, is not seen as the strongest candidate on the issue. According to the poll, 26% of Democrats and Democratic-leaning independents said Sanders is the strongest candidate to handle health care, followed by former Vice President Joe Biden at 18%, Massachusetts Sen. Elizabeth Warren at 16% and Harris at 10%.

Today 51° Times of sun and clouds