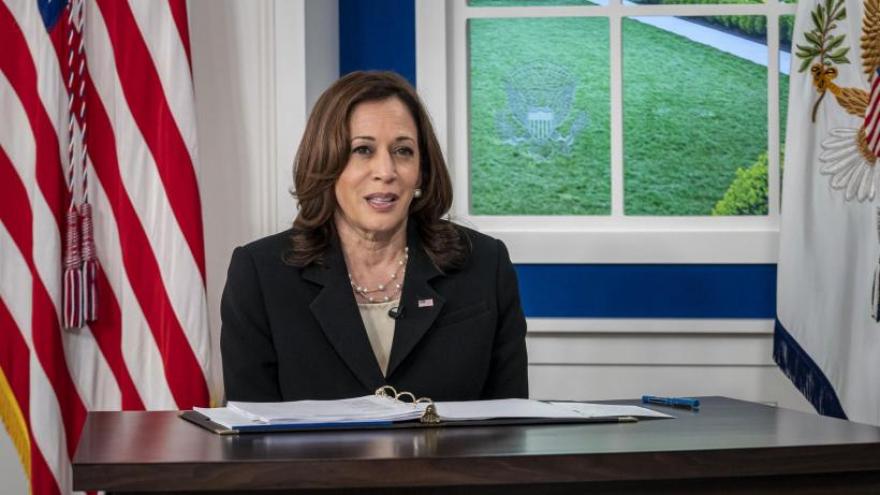 Vice President Kamala Harris, pictured on September 22, in Washington, has hired Lorraine Voles and Adam Frankel to aid in her office's communication capacity, according to a White House official.

(CNN) -- Vice President Kamala Harris has hired Lorraine Voles and Adam Frankel to aid in her office's communication capacity, according to a White House official.

"Their experience has been and will continue to be a valuable resource for our whole team as we map out long-term planning and fulfill the administration's ambitious policy agenda," the White House official told CNN.

The pair, who each worked for Harris during the presidential transition, will focus their efforts on "organizational development, strategic communications and long-term planning."

The Washington Post was first to report on the hirings.

Voles, a veteran communications strategist who previously worked for Hillary Clinton and Al Gore, is expected to serve in a temporary capacity for several months, a source familiar with Harris' office told CNN. The White House official declined to say how long either Voles or Frankel, who is also temporary, would serve in the office.

The hirings come after a rocky summer for the vice president, during which she drew criticism after several messaging missteps and staffing issues. Republicans have seized on any apparent missteps, targeting Harris relentlessly as part of a long-term strategy to weaken a potential future Democratic presidential nominee.

During her first foreign trip in office, in June, Harris fumbled a politically sensitive question during an interview with NBC's Lester Holt about why she had not yet visited the US-Mexico border as vice president.

At the time, several allies and former aides to the vice president described having "flashbacks," seeing the misstep as part of a broader pattern of messaging challenges that have dogged her since her unsuccessful presidential campaign.

The interview with Holt came after Harris had participated in a wide-ranging media training session to improve her delivery and presentation in interviews and speeches. That training had been one of several sessions over the last year, according to multiple sources. An aide said at the time that the session was not in response to, or in preparation for, any particular interview or topic.

In July, the White House dove into damage control after reports of dysfunction and infighting in the vice president's office, with the administration trying to stop a drama-filled narrative from taking hold, according to five people who spoke to CNN about the dynamics within Harris' office.

In response to past criticism over her messaging and staffing, the White House has reiterated that Harris' focus remains on her work, which includes special attention to voting rights and immigration, including addressing the root causes of migration from Central America.