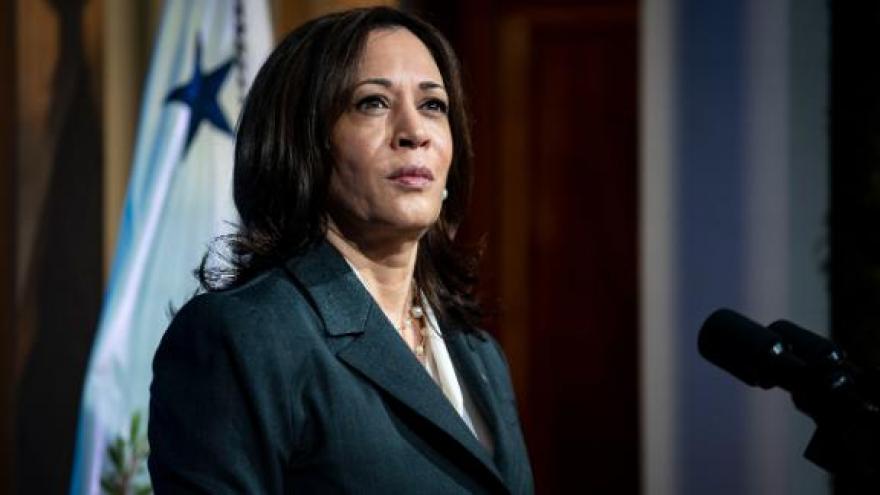 "Ashley is a valued member of the vice president's team, who has worked tirelessly to advance the goals of this administration," the official said. "She is leaving the office in December to pursue other opportunities."

Etienne's exit comes after CNN detailed significant tension between West Wing aides and the vice president's office. CNN reported that several people on Harris' staff had started to reach out to contacts to say they're looking to leave, according to sources who've gotten calls.

Etienne's exit has been a long time coming, two sources familiar with the matter told CNN.

One source said Etienne "was not a good fit" for Harris' office and did not play a sufficiently active role in crafting a communications strategy for Harris' topsy-turvy first year in office.

Both sources said there are no immediate plans to replace Etienne as Harris' communications director.

Prior to joining the Biden administration, Etienne was a senior adviser to the Biden presidential campaign and a communications professional for a number of elected officials in Washington, including then-House Minority Leader Nancy Pelosi and then-President Barack Obama.

Harris has been dogged with messaging challenges since her unsuccessful presidential campaign, and has at times publicly fumbled the White House's message.

Those public missteps have included drawing the ire of a key moderate Democrat Sen. Joe Manchin over her comments made on local West Virginia television about the American Rescue Plan and garnering criticism over an answer on why she had not yet visited the US-Mexico border.

Many in the vice president's circle told CNN this fall that she's not being adequately prepared or positioned, and instead is being sidelined. The vice president herself has told several confidants she feels constrained in what she's able to do politically. And those around her remain wary of even hinting at future political ambitions, with President Joe Biden's team highly attuned to signs of disloyalty, particularly from the vice president.

Several sources speaking on condition of anonymity to discuss the situation more frankly have told CNN Harris' staff has repeatedly failed her and left her exposed, and family members have often had an informal say within her office.

Reports of disarray within Harris' office earlier this summer and again this fall have sent the White House into damage control on more than one occasion.

Earlier this week, following CNN's report of the dysfunction within the vice president's office, the White House defended Harris, calling her a "key partner" to the President.

"The President selected the vice president because -- to serve as his running mate -- because he felt she was exactly the person he wanted to have by his side to govern the country," White House press secretary Jen Psaki told reporters at a White House briefing on Monday.

The vice president's office also hired additional communications advisers earlier this fall, including a crisis communications specialist who is expected to serve in a temporary capacity for several months.

In late September, the vice president's office hired two communications veterans -- Lorraine Voles, the crisis communications specialist who previously worked for Hillary Clinton and Al Gore, and Adam Frankel, a former Obama speechwriter -- to focus their efforts on "organizational development, strategic communications and long-term planning," according to the White House.

Harris on Thursday morning downplayed concerns over her role and stressed unity with the President.

"This was a good week. And this week, when we got the bipartisan infrastructure act passed and signed by the President, makes a statement about all of the hard work that has gone into it. ... We're getting things done and we're doing it together," she told George Stephanopoulos in a brief interview on ABC's "Good Morning America."

Asked if she felt misused, Harris said, "No, I don't," laughing.